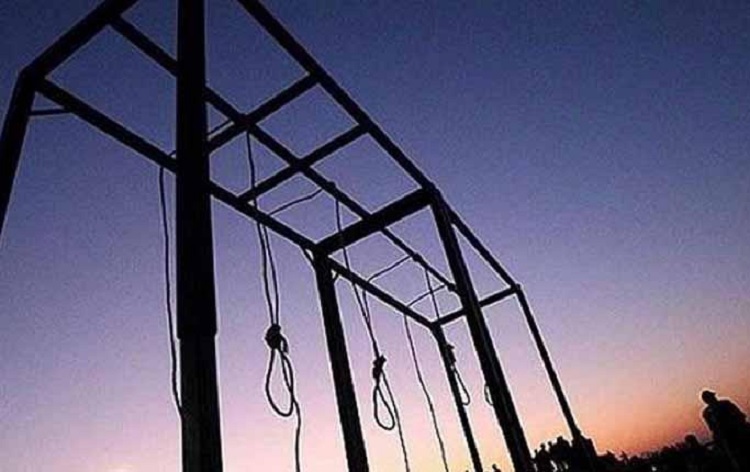 On the eve of the holy Islamic month of Ramadan, the Iranian government hanged 11 people across the country, so Maryam Rajavi, the leader of the Iranian Resistance is once again calling for the international community to take action to stop the Iranian officials’ malign actions.

The 11 inmates hanged on Wednesday, who were incarcerated in Gohardasht, Kermanshah, Sanandaj, and Dastgerd (Isfahan) prisons, have mostly not been identified yet. The one person named from this new wave of hangings was Loqman Ahmadpour, 30, from Baneh who was hanged in Sanandaj.

This came just one day after the ruling religious fascism executed Shayan Saeedpour in Saqqez. He was just 17 when he was arrested. He was transferred from Sanandaj prison where five other prisoners are on death row and are, therefore, in grave danger.

Maryam  Rajavi Rajavi, the President of the National Council of Resistance of Iran (NCRI), made it clear in a statement on the NCRI website that the mullahs have brought nothing but “suppression, executions, poverty, and corruption” to Iran and that, in order to distract from their failures over–responding to the coronavirus pandemic, they are desperately trying to intimidate and terrorize the public.

Rajavi said:  “The mullahs’ regime has achieved nothing but suppression and executions. To terrorize the public and keep their grab on power, the mullahs are executing prisoners rather than releasing them.”

She once again urged the international community, in particular the “United Nations Secretary-General, the High Commissioner of Human Rights, and the Human Rights Council as well as relevant UN Human Rights Rapporteurs and other human rights organizations” to immediately take action. She said they needed to stop these executions, ensure the unconditional release of prisoners, and prevent a humanitarian catastrophe in the regime’s prisons caused by the spread of the coronavirus.

Rajavi has previously called for the UN to send in a fact-finding mission to Iran’s prisons, specifically to investigate the situation of the prisoners infected with the coronavirus, as well as those arrested during the November 2019 protesters who were injured or have disappeared.

Names of Iranian Prisoners Killed by Security Forces in Riots