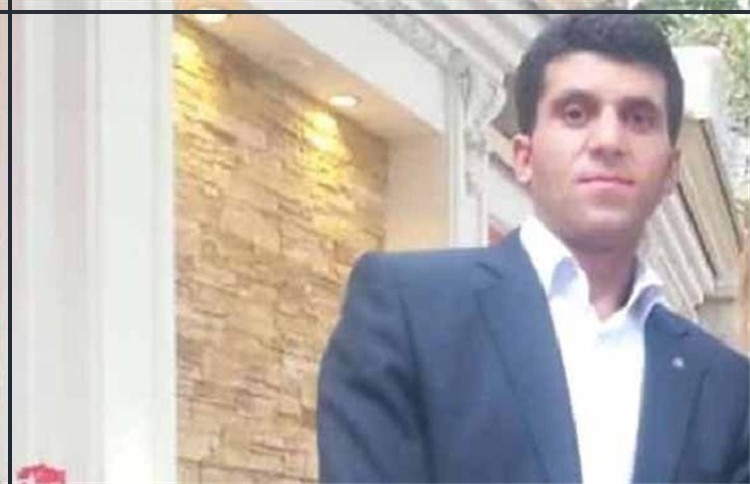 Iranian political prisoner Barzan Mohammadi has been denied temporary leave (furlough) from Evin prison during the coronavirus (COVID-19) crisis, even though he should be eligible because he’s served over half his sentence.

Mohammadi, 41, and his family were told on March 13 that he would be allowed to go on furlough if they provided a 200-million-toman bail. His family visited Tehran three times to follow up on this, before Amin Vaziri, the assistant prosecutor overseeing political prisoners, officially refused to grant his furlough.

His family has since discovered that his name was placed on in the list of those eligible for early release on March 24, but no measures have been taken. It is not known which regime official or intelligence agency is stopping the process.

Mohammadi, from Sarvabad in Kurdistan Province, was arrested during the August 2018 nationwide protests for alleged actions he took on the internet.

He was convicted of “association and collusion to sabotage national security” and “propaganda against the state” by a preliminary court and sentenced to six years in prison. This was commuted to three years and six months by the Appeals Court in February 2019.

Mohammadi and Alireza Shir-Mohammadi were sent to the Greater Tehran Penitentiary, an action that breaches Iranian and international principles of separating prisoners by their crimes.

The two requested to be moved to Evin, citing unsuitable prison conditions, and when this was refused, they went on a hunger strike.

Shir-Mohammadali did not have his request accepted because two inmates convicted of violent crimes murdered him in prison last year. Mohammadi published an open letter, citing the details of Shir-Mohammadali’s murder, and was eventually transferred to Evin Prison, where he is detained on Ward 4.

In February 2020, Mr. Mohammadi and three other inmates in Evin went on hunger strike in protest to the authorities’ failing to grant them conditional release, ignoring political prisoners’ demands, failing to separate prisoners based on the category of their crimes, issuing heavy prison sentences, upholding primary court rulings without them being reviewed by the Appeals Court, etc.

Mohammadi and three other inmates went on hunger strike in February to protest, amongst other things:

Mullahs made a big fuss in February and March about releasing on furlough non-violent prisoners who had served over a fifth on their sentence, but political prisoners have not been granted this. This is because the authorities consider them a risk to national security, which means a threat to the future of mullahs.

Biggest Threat to Iran’s Regime Is a Tolerant Islam