Iran – Who Is IRGC Brigadier General Abdolreza Shahlaei, and Where Is He? 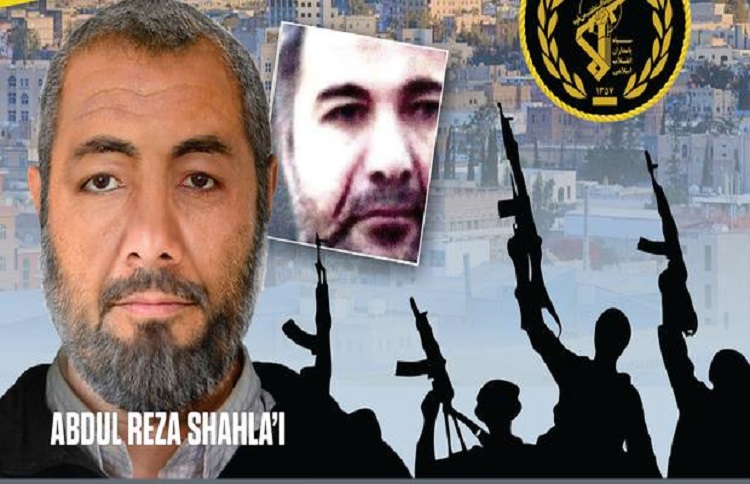 Along with the name of Qassem Soleimani, the former commander of Iran’s Islamic Revolutionary Guards Corps (IRGC) Quds Force, who was killed by the U.S. military drones near Baghdad airport in January 2020, another name is often mentioned, and a veil of ambiguity is woven around him; Abdul Reza Shahlaei.

Who is Brigadier General Abdolreza Shahlaei?

Abdolreza Shahlaei was born in 1957 in Kermanshah. He joined the IRGC in 1979 after the organization’s establishment. From 1979, he participated in the IRGC’s extraterritorial operations at the Ramazan base.

The Ramazan camp was established during the Iran-Iraq War in 1984 in Kermanshah, Mohammad Baqer Zolghadr, and Mohammad Reza Naqdi, commanders of the IRGC in the post-war years, were its top commanders. The purpose of establishing the Ramazan camp was to coordinate military activities inside Iraqi Kurdistan and to cooperate with Iraqi Kurdish groups opposed to Saddam Hussein.

Iraj Masjedi, then chief of staff at the Ramazan camp, is known for his extensive ties to leaders of Kurdish and Arab groups opposed to Saddam Hussein, most of whom are now senior Iraqi officials.

Mohammad Jafari Sahraroudi, head of Ali Larijani’s office, is also a well-known commander at the Ramazan camp, while his main activities were monitoring the regime’s military cooperation with the Peshmergas under the command of Masoud Barzani and Jalal Talabani, the two main leaders of the Iraqi Kurds.

IRGC’s Brigadier General Shahlaei, along with IRGC’s Gen. Jafari Sahraroudi, who was involved in the assassination of the Kurdish leader Abdul Rahman Ghassemlou in 1989, are among those who have been in contact with the former Iraqi government’s opposition.

With the formation of the Quds Force in 1989, Abdul Reza Shahlaei became one of the commanders of this force in foreign terrorist acts, which was his mission in relation to Iraq.

After the overthrow of the former Iraqi government, Shahlai and Sahraroudi, who is now an advisor to Ali Larijani, the speaker of parliament, often met in Baghdad his former associates, who have now become officials in the current Iraqi government.

Of course, before the change of the government in Iraq, Shahlai also played an effective role in terrorism and the involvement of the Iranian regime in Iraq. One of its main targets was the People’s Mojahedin Organization of Iran (PMOI/MEK); the regime’s main opposition, which had its main base in Iraq.

Abdolreza Shahlaei has been in command since 1992, after the first US war with Iraq in 1990-91, when the regime’s terrorist activities in Iraq against the Iranian opposition Mojahedin-e Khalq (MEK) increased.

But more revealing examples suggest that Shahlai’s interventions and terrorist acts continued further after the change of government in Iraq in 2002.

After the fall of the former Iraqi government in 2002, Shahlai, along with Jafari, a commander of the IRGC’s Quds Force, and the Ramazan Camp, in coordination with Abu Mahdi Al-Muhandis, who was killed with Qassem Soleimani, pursued terrorist and political activities against the MEK in Iraq.

Some officials of the “al-Tajamo’ al-Islami ” group affiliated with Abu Mahdi Muhandis, such as Abu Farqad; Among the former commanders of 9 Badr and Abu Muhammad Tayeb; The former intelligence commander of the 9th Badr Corps had regular meetings with Shahlai in Tehran in December 2002 regarding future plans to expel the Mojahedin (MEK) from Iraq.

For example, in 2004, after a statement from the Iraqi governing council, Shahlai and Jafari Sahraroudi rushed to Baghdad to negotiate with their former associates of the return of MEK leaders to Iran.

During the talks, Shahlai called on Abu Mahdi, the head of the al-Tajamo’ al-Islami and former commander of the 9th Badr, to stage several demonstrations in various Iraqi cities against the MEK.

Shahlai has also been planning assassinations against coalition forces, especially the US, in Iraq since 2002. He has also been responsible for recruiting Iraqis and sending them to Iran to train terrorist operations in Iraq. Shahlai is training the regime’s terrorists at the IRGC’s bases the Hezbollah base in Jalilabad of the rural district of Varamin.

In 2006, the Iranian regime transferred thousands of its mercenaries and proxy forces to Iran for training and returned to Iraq after completing their training. Also, in Iran, 17 IRGC’s bases in different provinces, were training centers and the Quds Force, were planning, and implementing the training of these forces.

The top commanders of the Quds Force, including Qassem Soleimani, Shahlai, Obaidawi, and Ahmad Forouzandeh, were directed at the forefront. Chain explosions, kidnappings, and assassinations of personalities, university professors, pilots, and the displacement of large sections of Baghdad’s Sunni population and some other cities are some of the consequences of these trainings.

At a press conference in New York in April 2007, Alireza Jafarzadeh, who has so far disclosed important information, including the secret nuclear facilities of the Iranian regime, revealed the training camps of Iran’s which were founded for terrorist activities, crimes, and assassinations in Iraq under Shahlai’s supervision.

The conference uncovered new evidence of the regime’s involvement in Iraq, the address of the training bases and the issues of terrorist training, and specifically the responsibility of Shahlai in controlling the training courses of Iraqi militias.

On 21 March 2007 UPI reported: “According to an Iranian opposition group, Iran’s al-Quds force is heavily involved in training Iraqi death squads and militias. The latest reports from the Mojahedin-e-Khalq, or the MeK, accuse the Iranian regime of secretly engaging in “the organization and training of large Iraqi terrorist networks in Iran and sending them back to Iraq.

“Still, according to Jafarzadeh, the Iraqi militias are trained under the command of IRGC Brig. Gen. Mohammad Shahlaei, a veteran commander of the Quds Force in the Ramezan base. Based on information he received from the MeK in Iran, the Islamic Revolutionary Guard Corps operates a number of secret bases where Iraqi terrorists are trained.”

In September 2008, the US government named Abdul Reza Shahlaei as one of the designers of a “very complex operation” in Iraq that killed five American soldiers in January 2007 and put him on its sanctions list.

The US Treasury Department reported on 16 September 2008: “The U.S. Department of the Treasury today designated five individuals and two entities under Executive Order (E.O.) 13438 for threatening the peace and stability of Iraq and the Government of Iraq.

“”These individuals are targeting and planning attacks against innocent Iraqis, the Government of Iraq, Coalition Forces, and U.S. troops. Their lethal and destabilizing tactics, especially by Iran’s Qods Force, are intended to undermine Iraq as it strives for peace and prosperity,” said Stuart Levey, Under Secretary for Terrorism and Financial Intelligence.”

On of the names in that report was that of Shahlaei. According to the report, “Iran-based Abdul Reza Shahlai–a deputy commander in the IRGC–Qods Force–threatens the peace and stability of Iraq by planning Jaysh al-Mahdi (JAM) Special Groups attacks against Coalition Forces in Iraq.  Shahlai has also provided material and logistical support to Shia extremist groups–to include JAM Special Groups–that conduct attacks against U.S. and Coalition Forces.”

In October 2011, following the discovery of the regime’s conspiracy to assassinate the Saudi ambassador and the terrorist bombings in Washington, the United States immediately sanctioned Qassem Soleimani, the commander of the IRGC’s Quds Force, along with four other members of the force involved in the conspiracy. One of these people was Abdolreza Shahlaei.

According to the US Treasury report, Shahlai was the one who made the final decision on the Washington operation.

The planning of terrorist acts against the People’s Mojahedin (MEK) has been one of the main missions of the Revolutionary Guards, led by Abdolreza Shahlaei, in Iraq during past years.

The National Council of Resistance announced that Haj Yusuf [IRGC’s Brigadier General Abdul Reza Shahlaei], the leader of the “Jihadi” and “Kata’ib Hezbollah” groups, had planned the attacks in meetings with Abu Mustafa Sheibani, Abu Ala and Abu Mahdi Muhandis, a well-known terrorist in Iraq.

Evidence shows that at least since the capture of Sanaa by Houthi militants at the beginning of 2015, Abdolreza Shahlaei has been in charge of the Yemeni case in the Quds Force of the Revolutionary Guards.

In September 2019, Brian Hook, the U.S. Special Representative for Iran, announced that Washington had set a $15 million reward for information leading to the capture of Shahlai and his network. He reiterated this in December 2019.

In recent months, two US officials have told Reuters that on the same night that Qassem Soleimani, commander of the Quds Force in Baghdad, was targeted by a US drone strike and killed, another attack was carried out in Yemen to kill Brigadier General Abdul Reza Shahlai, but he survived the attack.

Bloomberg: Iran will lead a club of the world’s...

Lord Maginnis: the Iranian Resistance has the momentum