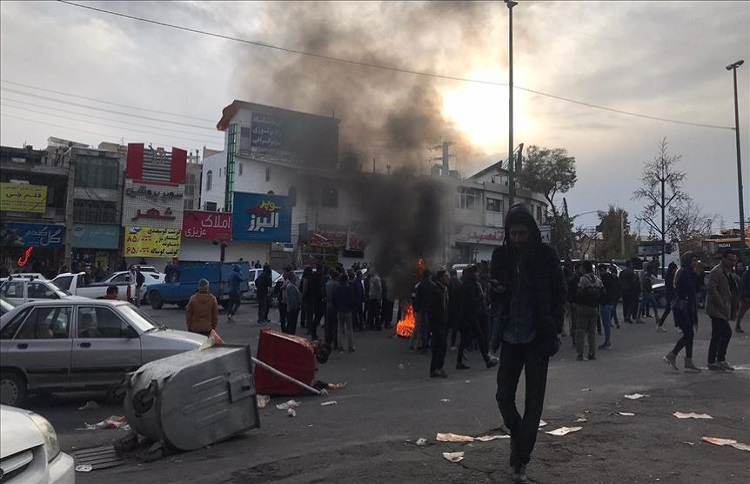 The mullahs’ desperate attempt to downplay their past abuses could signal that more crimes against humanity are on the horizon, according to the president of the International Committee In Search of Justice (ISJ).

Dr. Alejo Vidal-Quadras wrote about the nationwide  November 2019 uprising, which was sparked by hiked gas prices, but soon ended up with hundreds of thousands of people across Iran calling for regime change with the slogan “death to the dictator”.

He said that this uprising appeared to be even larger than the one that began in December 2017, both in terms of the amount of the country that saw protests and the cross-section of society that took part, but he noted that it was more short-lived because of the authorities’ extremely brutal response to the protests.

In the earlier protests, hundreds of protesters were killed in the street or under torture, while thousands were sentenced to years in prison for peaceful protest.

Vidal-Quadras wrote: “Unsurprisingly, the regime responded with panic when it found [that] the violent crackdown had not prevented further expressions of dissent. In the wake of the November uprising, Amnesty International and other human rights groups confirmed that security forces and the Islamic Revolutionary Guard Corps had been “shooting to kill,” and in some cases were firing into crowds from rooftops.”

The  People’s Mojahedin Organization of Iran (PMOI-MEK), tracked the deaths closely during the protests, reporting at least 1,500 people killed by security forces, whether that be shot in the street, dragged from hospitals before lifesaving measures could be taken, or tortured in prison.

But the government has tried to downplay and discredit these figures for seven months, even rejecting the lower death tolls recorded by international human rights groups, without giving any explanations that disproved the figures. They claimed that this was an effort to undermine the regime, but why would anyone need to undermine a regime that has seen two recent uprisings calling for regime change?

On Saturday, Interior Minister Abdolreza Rahmani-Fazli announced that just 200 protesters had died, a ridiculously low number and that over a quarter of these died from wounds caused by weapons that were not typically carried by security forces. Although considering that some security forces have been caught on camera beating protesters to death with things like axes, that is perhaps not surprising.

Vidal-Quadras wrote: “The clear implication was that the protesters had somehow been shot dead by their own fellow activists. Hiding under the surface of that remark were the same tired narratives that Tehran has long used to smear the opposition as ‘terrorists’. Those smears only became more important to the regime’s hold on power in the face of the November uprising. Since then, regime officials have been uncharacteristically transparent about their view that the MEK presents them with their greatest threat.”

Supreme Leader Ali Khamenei even urged young Basij members to lure others away from the MEK and said that more protests would come unless the MEK was death with “explicitly and strongly”.

Vidal-Quadras wrote: “Even the most casual advocates for human rights should be deeply concerned about the prospect of stepped-up attacks on the Iranian people by the regime… In the summer of 1988 alone, the regime executed over 30,000 political prisoners, following a fatwa from Ayatollah Khomeini. The primary targets of that massacre were members and affiliates of the MEK. In the light of this precedent and with that organization’s name very much on the lips of Iranian authorities in the wake of the November uprising, the consequences could be devastating if the international community remains silent about Tehran’s recent and ongoing crimes.”

By Jubin Katiraie The brutal oppression of women was one...

AFP: US lawmakers on Tuesday launch a debate aimed...