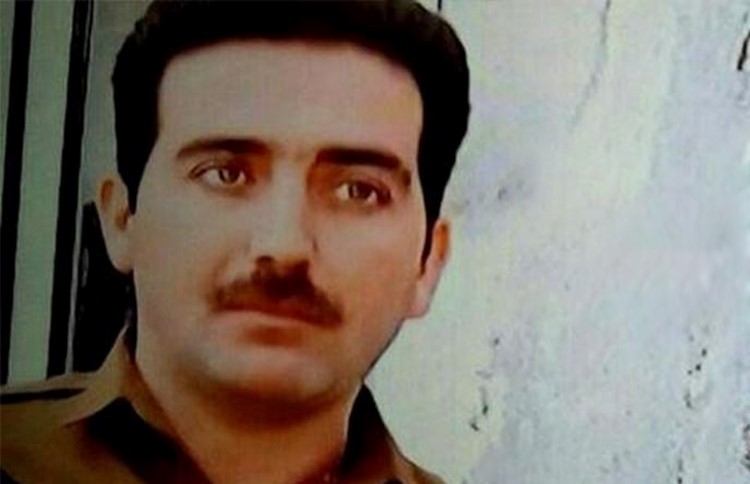 On Wednesday, June 10, the family of Hedayat Abdollah-Pour announced that Iranian authorities have executed him 20 days ago, according to the Hengaw human rights organization.

Hengaw reported that Iran finally conducted the death penalty of this Kurdish political prisoner nearly Oshnavieh city in West Azarbaijan province, northwestern Iran. Authorities hanged him in presence of families of military forces who were killed in a conflict in “Ghare-She-Ghol” village.

In June 2016, the Revolutionary Guard (IRGC) Intelligence Office detained Mr. Abdollah-Pour along with a large number of citizens of Oshnavieh city. For three months, he was exposed to severe torture at a detention center in the custody of the IRGC Intelligence Office.

In February 2017, Branch Two of Urmia Revolutionary Court sentenced Abdollah-Pour to death under the pretext of the “cooperation with Kurdish parties.” Afterward, in October 2018, Iran’s Supreme Court reaffirmed the verdict and officially announced it to his lawyer and family.

This political prisoner was married and had two children, Sirvan and Kurdistan, 13 and 6 years old respectively. At the time, the rights organizations frequently sounded alarms about the imminent execution of Abdollah-Pour. He was executed without his relatives being informed.

This execution was carried out while the country is under the shadow of the ominous coronavirus and it is claiming the lives of hundreds of citizens every day. Since the arrest of this political prisoner, Iranian officials employed pressure on his family in addition to his sudden execution.

On July 2, 2018, Abdollah-Pour’s mother, Mrs. Marjan Behrouzi, attempted suicide in protest to the unclear fate of her son. She attempted to self-immolate in front of Oshnavieh Governorate and even poured gas on herself; however, locals intervened and saved her life.

Abdollah-Pour’s ward mates have reported that guards of Urmia Central Prison had previously removed him from the political prisoners’ ward and transferred him to an unknown place on May 9. However, for several days, prison guards kept his family in the dark about his fate and denied to hand over the corpse of this political prisoner to his family. Authorities eventually buried him in an unidentified grave and gave no information to his relatives.

Notably, over the past weeks, Abdollah-Pour’s family frequently referred to the prison to get information about him. On May 12, the prison warden told them that IRGC intelligence officers have transported him out of the penitentiary. He referred them to the department of sentence implementation to become informed about their loved one’s fate.

“Look for him in the cemetery if the intelligence service does not answer,” said deputy attorney-general to Abdollah-Pour’s wife.

Iranian officials have recorded a notorious history in ill-treating dissidents, particularly political prisoners and prisoners of conscience. According to the Judiciary, the Prisons Organization had released several prisoners due to the spread of the coronavirus. However, judicial officials did not give furlough to jailed opponents, let alone releasing political prisoners.

Additionally, Iran’s Judiciary Chief Ebrahim Raisi is a well-known implementor of the mass killing of tens of thousands of political prisoners, mostly members and supporters of the Iranian main opposition group, the Mojahedin-e Khalq (MEK/PMOI).

Based on a Fatwa of the Islamic Republic’s founder Ruhollah Khomeini, the Judiciary system in a joint operation with the Ministry of Intelligence and Security (MOIS) executed more than 30,000 political prisoners in the summer of 1988. The crime later became famously known as the 1988 Massacre.

Raisi and the former Judiciary Minister Mostafa Pour-Mohammadi played a direct role in extrajudicial executions. Along with Morteza Eshraghi, then Tehran attorney-general, and Hossein Ali Nayyeri, then-Deputy National Supreme Court, they were members of the “death commission” in Tehran, which led thousands of MEK supporters and members to the gallows.

Despite the passing of three decades, the perpetrators of the 1988 Massacre still defend and justify their crimes instead of regretting the arbitrary killing of inmates. They believed that they have “conducted the rule of God,” as other fundamentalists like supporters of the Islamic State of Iraq and Levant (ISIL/ISIS) rationalize their crimes against innocent people in their territory.

Iran’s 1988 Massacre: The Untold Story of One of the Worst Crimes Against the Humanity After WW2