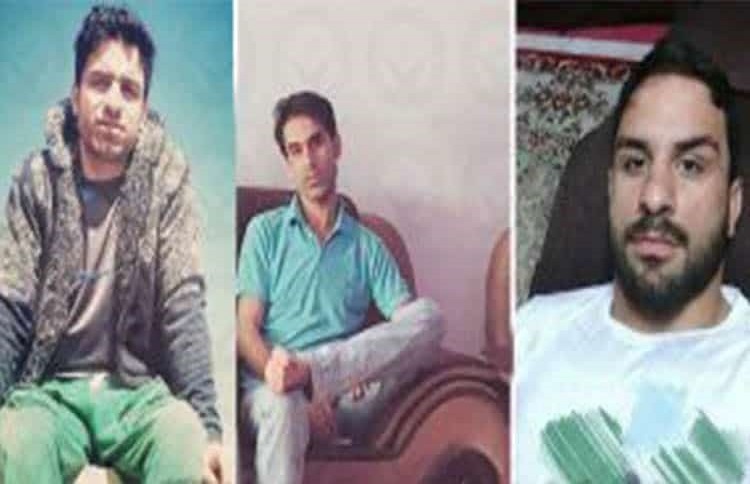 Three Iranian political prisoners arrested during the 2018 protests were sentenced to death and heavy imprisonment.

Navid, Vahid, and Habib Afkari Sangari, three brothers who were detained during the July 2018 protests, were tried separately by the Revolutionary Court and the Shiraz Criminal Court, and eventually sentenced to death, flogging, and imprisonment. These people are accused of forming a group, killing a security officer, and participating in protests.

Navid’s life is in danger

Navid has no criminal record

An acquaintance of the family said: “Navid Afkari, as a person with no criminal record and a well-known figure who has won several wrestling championships in the country, along with two brothers and another person, took an active part in the protests in July 2018. While basically they did not commit an act that is a sign that the three brothers have formed a group.

“These people are accused of playing an active role in the protests of July 2018 in Kazerun and then Shiraz. They are accused of killing a security force affiliated with the ABFA company for allegedly participating in the crackdown on protesting citizens.”

The text of the final verdict by the prosecutor’s office issued by Branch 10 of the Special Prosecutor’s Office for Criminal Affairs and Security Crimes reads as follows: Mr. Navid Afkari Sangari built a group opposed to the system with the intent of disrupting the security of the country, accompanied by Mr. Vahid Afkari Sangari and Habib Afkari Sangari and Saeed Dashtaki. They have carried out anti-security activities and propaganda and slogan-writing activities extensively against the holy system of the Islamic Republic of Iran (especially Navid and Vahid Afkari) and have identified intelligence agents, either Basij or the military, and planned terrorist acts to carry out the evil counter-revolutionary orders, and they have intimidated and despised the lovers of the system.”

The informed source emphasized: “Navid and Vahid Afkari have been severely tortured in order to obtain a forced confession in the very notorious place of the police in Shiraz, and even the statements by witnesses about their beating and torture have been mentioned in the case, but these statements have not been taken into consideration by the court.”

It should be noted that the death sentences of several prisoners involved with protests have already been issued, including Mustafa Salehi, a detainee of the 2017 uprising, who was executed on 5 August 2020, which provoked many domestic and international protests.

AFP: Iran has arrested a man for starting a...