130 Iranians Arrested for Defending Their Homes 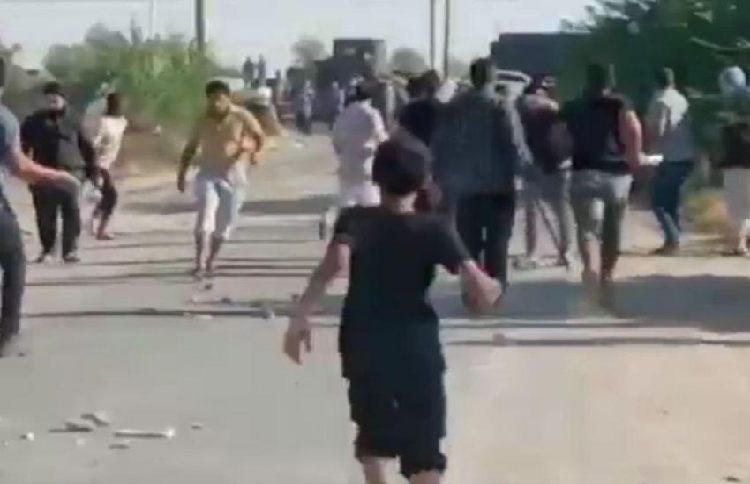 Locals in Abolfazl, southwest Iran, were attacked and arrested by the regime’s security forces on Wednesday as they attempted to defend their homes from demolition in a blatant money grab by the regime.

So far, 130 arrest warrants have been issued on bogus charges for the Iranian Arabs who tried to prevent security forces from bringing heavy machinery into the area.

The regime’s Mostazafan Foundation claims to own the land in the village, which is located between Zardasht and an air defense base, and ordered all residents, even those who have lived there for decades, to evacuate.

The village was once all farmland, but locals began to build homes in the area over time, as the farmland became less fertile, and now the regime entity claimed to own the lands. As the city grew, the land was worth more. The village, which is part of Ahvaz’s District 8, has eight roads and over 40 houses, with one square meter worth about $85.

That is why the Mostazafan Foundation suddenly launched a campaign for control of the land; throwing people who stand in their way in prison or hospital. Many regime institutions have already confiscated people’s lands.

For two years now, locals have been protesting this; traveling all the way to Tehran with documents to prove that these lands belong to them and an expert to testify for them.

One local said: “Unfortunately, despite their previous promises and arrangements to resolve this issue, the result was completely the opposite and those officials actually became even more intent on confiscating our lands. A short while later they summoned 130 of the village locals. These individuals were in detention and many of them were released only after we paid bails costing a whopping 2 billion rials (around $8,500). However, even now their cases remain open in court.”

The 130 arrested were pressured to sign documents agreeing to the destruction of their homes, but refused, saying that documents proving their ownership of their lands are available and ready for publication.

Another local said: “Municipality agents escorted by state security forces attack our village every now and then, demolishing numerous homes. They even attack us at night and terrify our families. That is why people are forced to have night guards for the village.”

Biden pledges to prevent Iranian nuke ‘by whatever means necessary’