Iran: Ministry of Intelligence Report Highlights Regime’s Fear of the Power and Progress of MEK 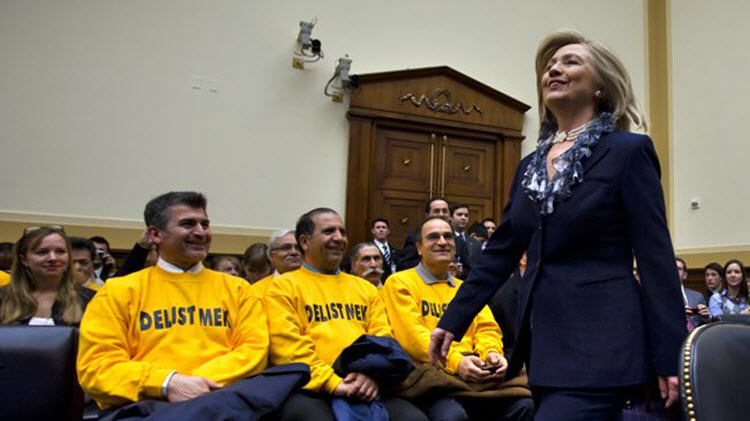 London, 13 Jan – In a recent report, the Iranian regime’s Ministry of Intelligence made some interesting confessions regarding the power and progress of the People’s Mojahedin Organization of Iran (PMOI or MEK). This detailed report admitted that young people are attracted toward Mojahedin (MEK) as well as the high status of Mojahedin at home and at the international level.

According to the Intelligence Ministry officials the report is a detailed research of more than 8,000 words, which has recently been published in the Habilian website affiliated to the Ministry. It emphasized that, “The Mojahedin Organization (MEK) is after… regime change and removal of the Velayat-e faqih regime in Iran….”

On January 13, The National Council of Resistance of Iran (NCRI) published an article about the patriotic and national, meaning people-oriented, role of Mojahedin in exposing the Iranian regime’s secret projects to obtain nuclear weapons. The report says, “Following exposure of the issue (nuclear weapons program), the media published reports in this regard and this was the beginning of a major crisis that resulted in the adoption of several resolutions and sanctions with the devastating effects which are still continuing.”

The Intelligence Ministry pointed out the role of Mojahedin in the 2009 uprising, and explicitly admitted its fear of the uprisings and revolts being tied to the nationwide resistance and the Mojahedin. The report said, “Mojahedin (MEK)… were still looking for an opportunity to strike the Islamic Republic of Iran, until the beginning of 2009 elections followed by the street riots, the group seized the opportunity and issued statements and messages to prepare the ground for achieving their goals… One of the goals (of the MEK) in 2009 election was to « remove Velayat-e faqih and change the regime.”

The report also recognized the Mojahedin’s advancement in the international arena and wrote, “…In addition, members of the (MEK) organization hold meetings in France from time to time… In the recent years, the Mojahedin organization has held campaign and meetings in every international events and communities, including the United Nations, against the country and the system.”

The report concluded by describing the most important methods to confront the MEK and wrote, “Introducing and fully identifying the (MEK) organization (i.e. meaning distorting the image of the organization)… to prevent, in this way, people and new members from joining the organization which would lead to increased damage to the system.” It added, “Strengthening the borders and increasing the country’s defense power: By this action, we can prevent entry of the MEK members into the country… and so we will be able to avert and ward off the enemies of the system (regime) outside the borders.”

The NCRI asks, “Now, the question is why such confessions by the Intelligence Ministry? Don’t these confessions show the power and social as well as popular status of the MEK and that Mojahedin are widely welcomed by the Iranian youths?”

The truth is that after the regime was unable to destroy the MEK, and the Mojahedin were able to maintain the integrity of their organization and transfer themselves to a safe place, the regime is frightened.

In another research, published last month on the Habilian site, the Intelligence Ministry emphasized that intellectual (thought) danger of unarmed Mojahedin is much more of a threat than an armed Mojahedin.

Mohammad Javad Hashemi Nejad, the secretary general of the Habilian Institution, which is a branch of the Intelligence Ministry, warned about the danger of the MEK revelations and said, “Mojahedin in the areas of human rights and related issues are present in the European Parliament and in the U.S. and any places where there is opposition to the system (regime)… Mojahedin are a dangerous force…,” (Hashemi Nejad’s interview with Vatan Emrouz, September 4, 2016).

This fear is due to the fact that the power and cohesion of the People’s Mojahedin Organization of Iran has coincided, on the one hand, with the weakness and ultimate decay of the Velayat-e faqih regime and the crises engulfing that regime, and on the other, by the fact that Iran’s society is in a state of dissent and may be ready for an uprising and a revolution.

AFP: Foreign ministers of the six Gulf monarchies are...

Iran hangs under-18 adolescent in public