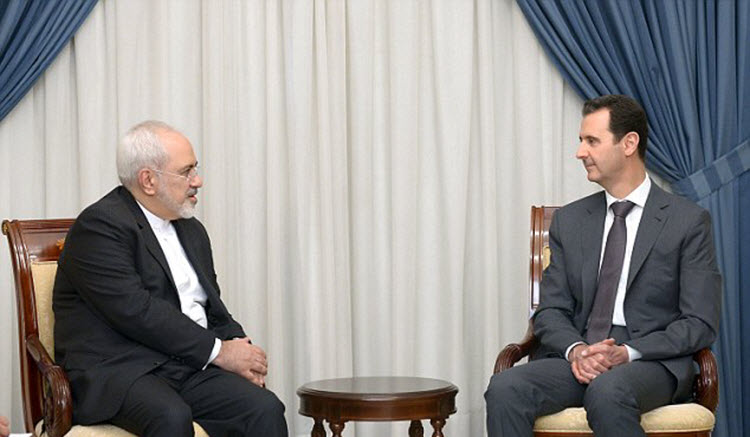 London, 14 Jan – The Iranian Regime and its support for the brutal dictator Bashar al-Assad is the greatest threat to peace in Syria and the Middle East as a whole, according to a British politician.

Lord Maginnis of Drumglass, a member of the British Parliamentary Committee for Iran Freedom (BPCIF), wrote an op-ed on Politics Home accusing the Iranian Regime of propping up a failing regime, violating an internationally-agreed ceasefire and preventing civilians from leaving a war zone, all so that the mullahs could keep their stranglehold of the Gulf Region.

Maginnis, an independent Ulster Unionist, wrote: “Iran has been the greatest impediment to peace virtually since the beginning of the Syrian Civil War in 2011. Its efforts to stand in the way of basic humanitarian work in Aleppo are perfectly in keeping with the Iranian leadership’s behaviour both at home and within its foreign sphere of influence.”

Now, thousands of innocent civilians are trapped in Aleppo with no access to humanitarian aid despite terms in the ceasefire that allowed them to leave safely. Around 1,000 evacuees were stopped by the Iranians when they tried to leave, despite having already passed through the Russian checkpoint.

Maginnis criticised international governments, particularly the USA and the EU, for making concessions to Iran and allowing them to thwart the peace process over and over again.

He wrote: “These developments are perhaps the clearest pieces of evidence yet for the conclusion that peace in Syria is impossible as long as Iran continues to play a leading role there.”

He points to the People’s Mojahedin Organization of Iran (PMOI/MEK), who had been providing a Western government for years with evidence that Iran could not be trusted; from the secret nuclear programme to the 1988 massacre of 30,000 political prisoners to the Syrian civil war.

He quotes the PMOI leader, Maryam Rajavi, as saying that peace in Syria will only be realised when the Iranian Regime is expelled from the region. He also questions why the Western world is so reluctant to listen when all the evidence suggests that the PMOI is the only true democratic force in Iran.

Maginnis wrote: “One must ask whether the UK and the US have the leadership, moral and strategic, to take immediate steps to halt Iran’s destructive meddling. If what we see in Aleppo is bad, be assured Iranian regime’s role in Syria, can only get worse. And who except ourselves do we have to blame?”

By Pooya Stone In the past week, two bad...