Exclusive: Profile of an assassin-turned-diplomat

Iran Focus: London, May 23 – Iran announced on Friday that it had officially protested to the United Nations against the United States for denying a visa to its deputy foreign minister. Iran Focus has learnt that the US may have rejected the visa request because the diplomat, Mohammad Mehdi Akhondzadeh Basti, had in fact played a key role in the assassination of a prominent Iranian opposition leader near Geneva in 1990. 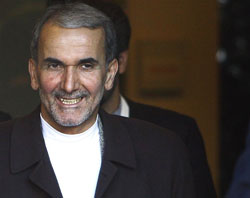 London, May 23 – Iran announced on Friday that it had officially protested to the United Nations against the United States for denying a visa to its deputy foreign minister. Iran Focus has learnt that the US may have rejected the visa request because the diplomat, Mohammad Mehdi Akhondzadeh Basti, had in fact played a key role in the assassination of a prominent Iranian opposition leader near Geneva in 1990.

Iran claims the US abused its position as host of the world body by denying the visa. But Swiss court records and Iranian opposition officials point to Akhondzadeh Basti’s involvement in the 24 April 1990 gunning down in broad daylight of Professor Kazem Rajavi, post-revolutionary Iran’s first ambassador to the UN headquarters in Geneva.

Akhondzadeh Basti, born in 1955 in the northern city of Rasht, joined the Iranian Foreign Ministry in 1981 after gaining his Bachelor’s degree in Bangladesh. He is a former charge d’affairs to Britain and ambassador to Pakistan.

Akhondzadeh Basti served as a member of the Iranian nuclear negotiating team and played an active role during talks with the EU troika in Vienna when Iran was attempting to evade UN Security Council sanctions.

From 1989 to 1995 Akhondzadeh Basti headed the Office of International Organisations at the Foreign Ministry. He made numerous trips abroad during this time.

The opposition coalition National Council of Resistance of Iran, which was represented in Switzerland by Mr. Rajavi prior to his assassination, alleges that Akhondzadeh Basti and another foreign ministry official Mohammad-Ali Hadi Najaf-Abadi directed the assassination with the help of Sirous Naseri and Mohammad Mala’ek, the head of the Iranian delegation and the Iranian ambassador in Switzerland, respectively.

The investigative magistrate said: “It appears that coincidences lead to many surprises because he came to Switzerland on 17 April 1990 on the same flight as Nasser Pourmirzai and Saeed Danesh. On the other hand, on 24 April 1990, the day of the murder, we noticed that on the list of passengers on the famous flight IR734, whose departure we delayed in order to conduct inspections, the following shortened names [electronically cut off] were seen: Akhoundza… and Hadi. They were sitting in seats A16 and B16”.

“We also discovered from confidential sources that these two diplomats were staying in Geneva on 23 April and 24 April 1990… Based on the above, we are convinced that one or more official Iranian services were involved in the murder of Kazem Rajavi”, the Swiss magistrates said.

The NCRI alleges that Akhondzadeh Basti’s August 1989 trip to Switzerland was to scope out the scene of Dr. Rajavi’s assassination, and further planning came after the return from this trip. The NCRI says that on Akhondzadeh Basti’s 17 April 1990 trip, he stayed at the Intercontinental Hotel; and on 24 April, he commanded the operation for assassinating Mr. Rajavi.

The initial plan was to raid Mr. Rajavi’s house and murder all the residents. However, after a review of the scene, the hit squad is said to have reported back to the Intelligence Ministry in Tehran that the plan was extremely difficult to carryout.  The decision was made to assassinate Mr. Rajavi during his commute, and he was gunned down while driving to his home in Coppet, a village near Geneva.

A Swiss judge in 2006 issued an international arrest warrant for the former head of Iran’s notorious secret police for masterminding the assassination.

“13 persons were involved in planning and carrying out the murder. All of them had service passports, marked ‘on assignment.’ A number of those documents had been issued on the same day in Tehran”, Judge Antenen had said.

He added that the MOIS had close ties with Iran’s Islamic Revolutionary Guards Corps (IRGC), particularly the Qods (Jerusalem) Force, and “Minister Fallahian was responsible for assassinations and issuing the orders for all such missions”. 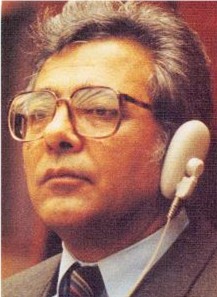 Kazem Rajavi was Iran’s first Ambassador to the United Nations headquarters in Geneva following the 1979 Islamic revolution. Shortly after his appointment, he resigned his post in protest to the “repressive policies and terrorist activities of the ruling clerics in Iran”.

He then intensified his campaign against mass executions, arbitrary arrests, and torture carried out by Iran’s theocratic leadership.

At the age of 56, he held doctorate degrees in the fields of law, political science, and sociology from the universities of Paris and Geneva.

Two of the hitmen were later discovered in France and arrested by French police. Despite a warrant for their arrest by the authorities in Switzerland, the French government boarded them on a direct flight to Tehran. The French action drew international condemnation including from the United States Department of State.

Several hours after the assassination took place, Akhondzadeh Basti flew out of Geneva back to Tehran.

In a letter addressed to the UN Committee on Relations with the Host Country, criticising the US decision to prevent Akhondzadeh entry into New York, Iran’s Ambassador to the UN Mohammad Khazaei said US officials “took advantage of their position as hosts of the world body when they decided to deny Akhoundzadeh an entry visa.”

Akhoundzadeh missed the Nuclear Non-Proliferation Treaty (NPT) Review Conference, which began on May 3.

Khazaei said Akhoundzadeh’s presence in the meeting was crucial, primarily because of “his role as supervisor of Iran’s relations with the UN.”