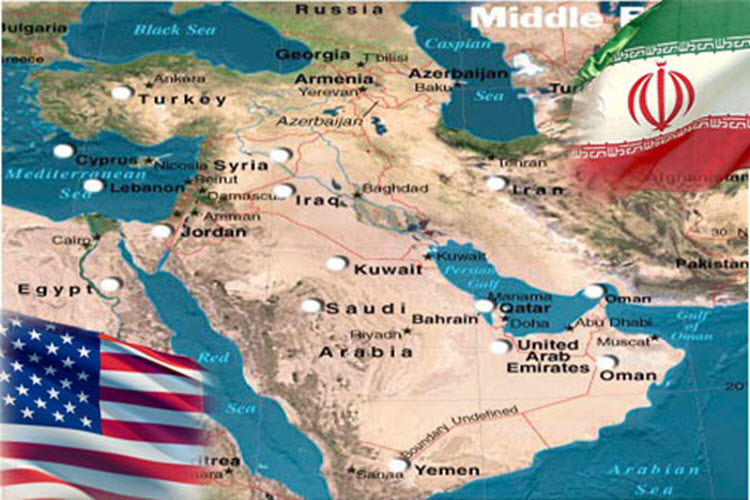 London, 22 Dec – With its recent victories in the Middle East, and its decades of isolation, Iran believes it can withstand the uncertainties of a Trump presidency. However, its apparent belief that it will dominate the region are overblown, experts say. Although Iran has rarely commented on its role in the Syria, suddenly self-congratulations abound, at the imminent defeat of rebel forces in Aleppo.

The Daily Mail reports on December 22, that in a press briefing top foreign policy adviser to supreme leader Ayatollah Ali Khamenei, Yahya Safavi, told reporters last week, “The liberation of Aleppo… reinforces the political strength of Islamic Republic of Iran. The new American president must accept the reality that Iran is the leading power in the region.”

Iran’s support for Syrian President Bashar al-Assad in the form of battlefield advisers and volunteer fighters is paying off, and its mortal enemy, the Islamic State group, could soon be ousted from Mosul in neighbouring Iraq.

Additonally, in Lebanon, there’s the success of ex-general Michel Aoun in his bid for the presidency, and who is allied to the Iran-backed Shiite movement Hezbollah. As well, its allies in Yemen, the Shiite Huthi rebels, have held on despite a year of crippling bombardment by a Saudi-led coalition.

Alls this is topped off by the billions of dollars in assets and oil sales unfrozen in Iran, via its Nuclear Deal with the U.S. and other world powers.

Now there’s the arrival of President-elect Donald Trump, who has
not only surrounded himself with fiercely anti-Iran advisers, but has also criticized Iran’s rival, Saudi Arabia, for its reliance on US support and the spread of fundamentalist Islam.

Iran analyst and CEO of Germany-based think tank CARPO, Adnan Tabatabai, says that After decades of isolation, Iran might be the best-placed to deal with the uncertainty Trump is about to inject into Middle Eastern affairs. “For Iran, it’s much easier not to rely on the US because they haven’t been doing that for the past three decades, whereas it’s a major change for Saudi Arabia and other regional rivals of Iran to stop counting on the US.”

The Saudis have been facing a host of setbacks, such as their economy being injured by low oil prices, the Syrian rebels they supported damaged and worn down, and all the while their Western allies are increasingly disturbed by the brutal bombing campaign in Yemen.

Still, analysts say fears of domination of the Middle East by Iran are unfounded. “A lot of Iran’s successes in the region are really to do with the failures of others. We shouldn’t overestimate its capacities,” said Tabatabai, and added, “Syria is important as a way of maintaining its access to Hezbollah in Lebanon, which acts as a defence force for Iran against Israeli influence in the region, but Iran’s main priority is simply to secure its borders with Iraq and Afghanistan for the sake of its territorial integrity.”

Professor of world politics at Tehran University, Foad Izadi, said support for Assad’s bloody offensive was a necessary evil, and ultimately defensive in nature. ”If Syria falls, you’ll either get a pro-Israeli government there, or you get the Islamic State, or you get Libya. Those are not good options for us,” he said. “If Syria breaks up, then Iraq breaks up, and that’s right next door. This isn’t about dominating the region — it’s about preventing permanent war.”

Middle East analyst with the Center for Strategic and International Studies in Washington, Aram Nerguizian, claims that Iran also faces clear limits to any attempt at expanding its power. “For all the talk of Iran being in a much better position… it doesn’t change the fact that Iran is a Shiite power in a Sunni-majority region. Neither side wants all-out war. At some point they have to accept some degree of influence for the other side. The alternative is an indefinite ideological war between Sunnis and Shiites, and that’s just not sustainable.”He added that the Saudis still had some major advantages, not least the billions of dollars in military hardware they have purchased from Western allies. “Folks have been projecting the collapse of the House of Saud for 60 years and it hasn’t happened,” he said. “For all their instability, the Gulf countries are far more integrated into the global economy than Iran and still have the support of key Western allies.”

Nerguizian concluded, by saying that Iran cannot count on Russia, which has been a close ally in the Syrian conflict. “Iran’s relationships with big powers like Russia and China are very fickle. Those countries have their own priorities. Syria is just one small part of the region. When it comes to things like energy, Russia is more than happy to partner with other countries in the Gulf.”

AFP: The international community is "lacking imagination" in terms...