Will Trump Fix Obama Policy on the Middle East? 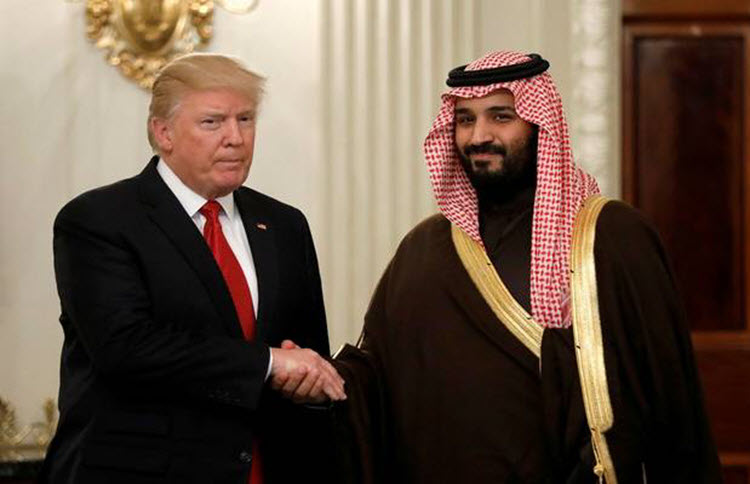 London, 9 May – Donald Trump recently announced that his first foreign trip as President will be to Saudi Arabia, a visit he described as “historic”.

Turki Aldakhil, the General Manager of Al Arabiya News Channel, wrote an op-ed for Al-Arabiya in which he noted that many Saudi officials are incredibly happy at what they see as a restoration of relations that faded during the Obama administration.

During a meeting with Trump at the White House earlier this year, Saudi Deputy Crown Prince Mohammed bin Salman restored relations with the US. In a recent interview, Prince Mohammed revealed that he felt that President Barack Obama had wasted opportunities on Syria but that he was confident that he and Trump were on the same page regarding the Middle East; including limiting Iranian influence and prioritising national security.

Aldakhil wrote: “Riyadh and Washington have work to do towards the future of social peace and national security. Trumpp’s visit to the kingdom will most likely include or pave a way towards joint cooperation agreements. This is in addition to intentions to work together to address thorny issues in the region.”

The most important challenge faced by the US and Saudi Arabia is that of the Iranian Regime, who is currently destabilising the Middle East; something most notable in Syria, Iraq, Lebanon and Yemen.

Aldakhil wrote: “The Iranian file will be the most prominent affair on the visit’s agenda, especially since the Trump administration… believes that Iran is the number one sponsor of terrorism, not just in the region but in the entire world. The Trump administration also thinks that US interests will be in the heart of danger if Iran’s interferences in the affairs of independent countries are not curbed.”

He continued: “[Trump] believes resolving the Palestinian cause is a priority. He also thinks that a solution in Syria and the rebels’ commitment to international resolutions in Yemen are a priority that cannot be given up.”

Another important matter will be economics and the Saudi Vision 2030 project, in which American experts and companies can contribute to the Saudi economy and future developmental plans.

Aldakhil wrote: “Trump [intends] to reassure Muslims that the US plans to empower dialogue among civilizations and religions and to show that accusations that he hates Islam were merely “electoral manifestations” that have nothing to do with his effective political programs and that recent American measures do not target “the civilization of Islam” as they are just technical procedures with pure security aims. There is clearly no hostility towards any religion or nation or civilisation.

Regarding the historic nature of this visit, most US Presidents tend to make their first official foreign visits to a neighbouring country either Mexico or Canada, but Trump has not yet received his official invitation from either of these countries.

Reuters: Negotiations over Iran's nuclear enrichment activities would be...