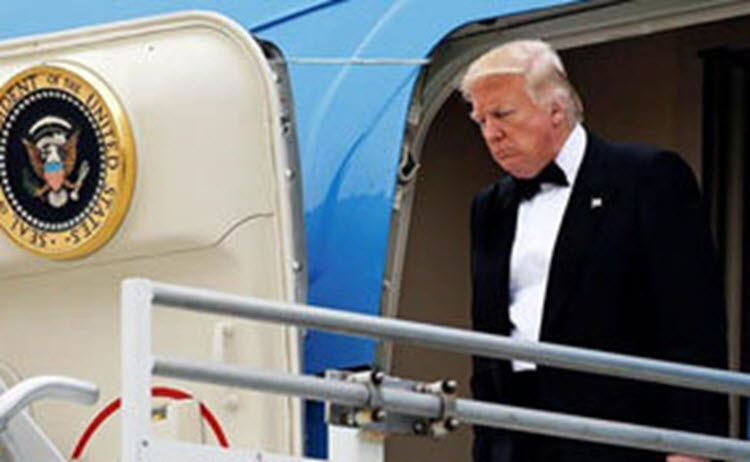 London, 15 May – As Donald Trump prepares for his first state visit to Saudi Arabia, a move which should help repair the relationship between the US and its Gulf ally, there have been some debates regarding the unity of the area and what Trump’s visit will bring.

Dr. Khaled M. Batarfi wrote an op-ed for the Saudi Gazette, argued that Trump’s visit has increased cooperation in Arab countered and that Trump’s visit will help to communicate the US policy to the Muslim world and combat terrorism. He also said that countries like Iran, who attempt to break up the Gulf Cooperation Council (GCC) must suffer the consequences.

Batarfi wrote that although the member states of the GCC do have differences of opinion on some matters (like on Egypt and Syria), they have a similar outlook and prefer to work things out via discussion. He wrote that it is high time this was made clear to the enemies of the GCC, particularly Iran.

He wrote: “The unified position on all issues, such as the unity of Yemen and the legitimacy of its leadership, and the solidarity against the coup forces and the advocates of separation [is shocking to the Iranian Regime]. They were also shocked by our success in building up the Islamic and international coalition in the face of their threats to global peace and security. The alliance is getting stronger by the day, as more evidence exposed Iranian sponsorship of terrorism. It is clearer now who was creating and supporting terrorist organizations, whether Sunni or Shiite, from ISIS and Al-Qaeda to Hezbollah and Al-Hashad Al-Shaabi.”

He highlights that those who believed Iran had good intentions following the 2015 nuclear deal or believed in the moderate v hardliners narrative must now recognize that the Regime has no moderates and no good intentions; their behaviour belies their true nature.

Batarfi wrote: “It is clear to those who betted on reforming the Iranian regime from within that the Constitution of the Republic and [former Supreme Leader Ruhollah] Khomeini’s commands do not allow for any leader to break away from the Safavid ultimate project [to convert infidels].”

He continued: “Yes, our Gulf is one… It is about time our bully neighbour puts its hopes and doubts to rest. We will face them as one, and as one we shall prevail.”

The president of the National Council of Resistance of...