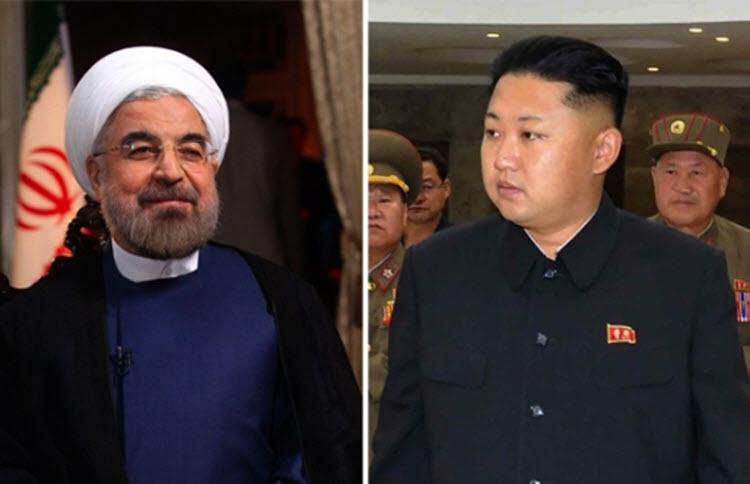 London, 16 May – A former CIA agent has said that he believes that Iran is aiding North Korea in its nuclear programme following the latest North Korean missile test.

On Sunday, North Korea launched a mid-range intermediate ballistic missile and it is believed that it could have the capability to reach U.S. military bases on Guam, which is why intelligence experts believe that the North Koreans and Iranians are collaborating on weapons development.

Fred Fleitz, a former CIA analyst and now senior vice president for policy and programs at the Centre for Security Policy, a national security think-tank based in Washington, said: “It was a significant advance in terms of missiles that seem to be able to carry a fairly heavy warhead and carry it a fairly significant distance.”

He noted that because of the re-entry mastery that would be required on such a missile test, he believed that there was “pretty credible information” that Iran had helped North Korea.

The former CIA agent added: “The Iranians have been more successful in building space-launch vehicles. They actually further developed some of the designs that they received from North Korea — and they further designed other missiles they got from North Korea. And their improvements have gone back to North Korea.”

Fleitz warned that this help goes both ways, so North Korea could aid Iran in future missile launches from Tehran or the Persian Gulf, noting that Iranian scientists have attended missile or nuclear weapons tests in the past.

Indeed, some current Iranian missiles are based on North Korean weaponry. Iran’s Shahab-3 ballistic missile, which is capable of reaching Saudi Arabia from Iran, is based off North Korea’s Nodong-1 rockets, and Iran’s Ghadir small submarine, which conducted a cruise missile test in early May, is remarkably similar to those used by North Korea.

Late last month, the Iranian Resistance group, the National Council of Resistance of Iran (NCRI), reported that the Iranian Regime had restarted their nuclear weapons programme in direct violation of the 2015 nuclear deal between the p5+1 countries (the US, the UK, France, Germany, Russia, and China) and Iran.

According to Alireza Jafarzadeh, the Deputy Director of the US office of the NCRI, the Iranian Regime restarted its nuclear weapons programme at a secret location, not available to the International Atomic Energy Agency (IAEA) for inspection.

Soona Samsami, the U.S. Representative of the NCRI, said: “Maryam Rajavi, the President-elect of the National Council of Resistance of Iran, has stated time and again, including on November 24, 2013 immediately following the initial agreement of P5+1 with the clerical regime, that if the world powers had acted steadfastly, without economic and political considerations, they could have totally contained the regime’s bomb-making apparatus in that round of negotiations. She had warned: Total implementation of the UN Security Council resolutions, in particular total stop of enrichment, accepting the Additional Protocol, and free and unhindered access of the IAEA inspectors to all suspected centres and facilities, are necessary in order for the regime to give up its drive to acquire nuclear weapons.”