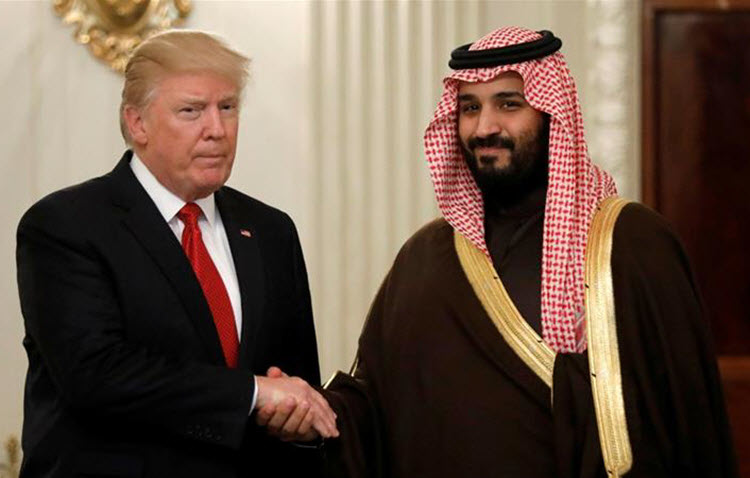 London, 19 May – Mutual threats have made Trump’s move towards Saudi Arabia as a trusted partner something that was certain to happen.

That Trump chose Saudi Arabia as his first foreign visit is his attempt to dispel worries which claim America is attacking Muslims. Saudi Arabia, where Islam emerged and which embraces the Two Holy Mosques, is the best podium to address 1.5 billion people.

Fahad Shoqiran is a Saudi writer and researcher who also founded the Riyadh philosophers group. He writes in an article for Al Arabiya that, “The historical visit will be the base of cooperation and this will be through King Salman’s and Trump’s determination to revive historical cooperation and launch strategic, economic, political and security partnership to work against the ‘Khomeini theory’ in the Middle East and put an end to its interferences and chaos in the region and the world.”

Worries surfaced following the failed travel ban for countries that are all Muslim. “Saudi Deputy Crown Prince Mohammed bin Salman and his team created real and optimistic partnership with the American administration when they visited Washington. His statements during his visit to the US confirmed America’s leading role in the world and Saudi Arabia’s leading role in the Islamic world. This led up to Trump’s upcoming visit to Saudi Arabia to meet with Muslim leaders and prime ministers,” wrote Shoqiran.

King Salman welcomed the upcoming visit of Trump and Muslim leaders during a cabinet session. They will discuss Yemen. Additionally, they will talk about cooperation to curb Iran. Deputy Crown Prince Mohammed bin Salman said, “We will not wait until the battle is in Saudi Arabia but we will work so the battle is there in Iran,” as reported by global media outlets.

Trump promised to uproot terrorism and and comb every area where there are terrorists, during his electoral campaign.

Shoqiran writes that. “…now we await the Trump Doctrine to confront Iran and the axis of evil and the forts of violence, backwardness, terrorism and bloodshed. Warnings must be strict as America is the country that’s capable of curbing these mafia-like countries.”

This visit is historical, and the hope is that it will be the base of cooperation through King Salman’s and Trump’s determination to revive historical cooperation and launch strategic, economic, political, and security partnership to work against the ‘Khomeini theory’ in the Middle East, and put an end to its involvement in the region and rest of the world.

AP: The U.S. military says it has arrested an...