Qatar Must Face Consequences for Aligning With Iran 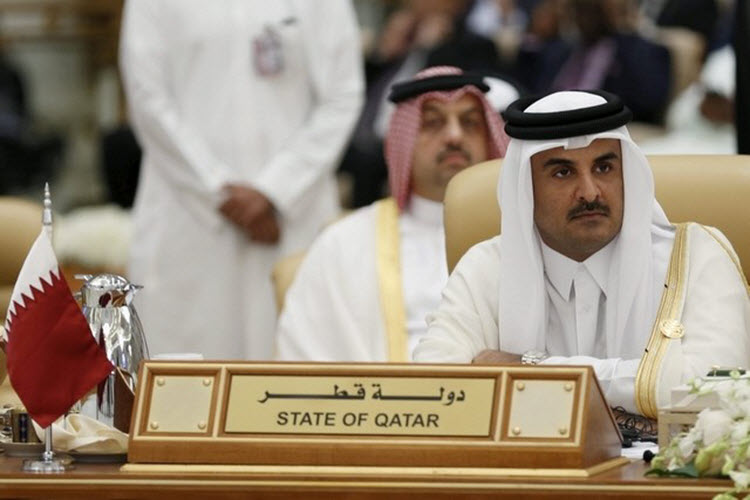 London, 8 Jun – Qatar’s disputes with other countries in the Middle East are far more serious than we originally thought, according to one regional expert.

Abdulrahman al-Rashed, the former General Manager of Al Arabiya News Channel, wrote an op-ed for Al-Arabiya is which he lamented trivialising Qatar’s past disputes with its neighbouring states, noting that now he realises it would not just blow over.

He wrote about the first occurrence in 1990, where the Gulf Cooperation Council (GCC) leaders met in Qatar to discuss how to liberate occupied Kuwait, and Sheikh Hamad bin Khalifa, the heir apparent of Qatar, wanted to first settle and old debate between Qatar and Bahrain.

Rashed wrote: “[Hamad] refused to discuss liberating Kuwait until they finalised an old dispute between Qatar and Bahrain over the sovereignty of the Hawar Islands. We were surprised when we saw them open the hall door and as King Fahd, may he rest in peace, angrily walked out and Hamad tried to follow him. The king threatened him to withdraw and return to Riyadh and the other leaders did the same. Everyone was surprised by Hamad’s approach and thinking. Ever since and until today, Qatar’s problems have been ongoing with everyone.”

He continued to point out that Qatar has consistently and childishly worked against the goals of the GCC if they cannot get their own way, by harbouring dangerous opposition figures and making alliances with dictators and terrorists, including the Iranian Regime, the Iranian-backed terror cell Hezbollah, and the Syrian dictator Bashar al-Assad, who is also supported by the Iranian Regime.

Rashed wrote: “Since its behaviour is very dangerous, the recent decisions were made to sever ties with it and cancel all what links these four countries – Saudi Arabia, Bahrain, the UAE and Egypt – to Doha. The decision does not express accumulated anger as it was said but it expresses a conviction that we cannot hope for any use and there is rather no hope in reforming Doha’s authorities. Qatar’s battles…are in fact harmful as they fund organisations and individuals against their governments and open several television channels, websites and social media accounts to launch organised campaigns that frankly call for toppling these governments by force. It is now allying with groups, like the Muslim Brotherhood, that want religious governance, like Iran’s.”

He continued: “Their failure in the Palestinian territories, Egypt, Libya and Yemen did not discourage them from continuing to spread chaos in the region. The last nail in the coffin of these relations was last week when Qatari state media outlets broadcast calls for a revolution in Saudi Arabia. What’s more dangerous is what it is doing against Bahrain. Qatar has not stopped funding the Bahraini opposition, whether peaceful or armed. Despite everything Qatar did, it failed to topple the Bahraini regime.”

Rashed warned that Qatar will have to realise that it cannot support terrorism without consequence.

He wrote: “Qatar adopts a very dangerous approach at a time when the region is surrounded by threats which – the least we can say about them – threaten to destroy all what’s left of the stability the Middle East has known since World War II.”

AFP: The killer of Neda Agha-Soltan, whose shooting death...