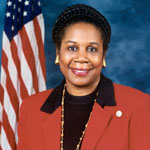 Amid the robust floral smells of hyacinth and tables adorned with Persian food, lawmakers and Iranian-Americans joined together to celebrate Nowrouz also known as the Iranian New Year. But the festivity was, as House Foreign Affairs Committee member Illeana Ros-Lehtinen,R-Fl.,  put it, “bittersweet”.

Since the February rocket attacks on Campy Hurriya, formerly known as Camp Liberty near Baghdad, that killed several and wounded dozens, Iranian American community groups and lawmakers have called for the relocation of the camp’s residence to a safer place. Many in the camp are refugees of the Iranian resistance group Mujahedin-e-Khalq (MEK), which was removed from the U.S.’s list of terrorist organizations in fall 2012.

His sentiments were reflected by other speakers who suggested the  U.S. government should better protect the refugees by either relocating them to Camp Ashraf, a larger camp in Iraq, or allow them to seek momentary asylum in America.

“The American people want you to be free. We are one people who both believe in freedom and we believe in you. This time we ask our president, ‘will you rise up and please speak up for the people of Iran,” said Stockman, a member of the House Foreign Affairs Committee.

Jackson Lee told the Houston Chronicle the Lone Star State has a vital Iranian American community and she will continue to support them. The U.S. Census Bureau’s American Community Survey data estimates over 34,000 Iranian Americans live in Texas.

“My commitment is whatever approach to provide (refugees) the opportunity to be refugees in the United States and to come to Texas, we will work together with all of you,” she said to a rally of cheers.

Though not in attendance, Rep. Ted Poe recently proposed a House resolution condemning the attacks and calling for President Obama to work with foreign leaders to provide safety for the refugees and former Sen. Kay Bailey Hutchison has also been outspoken on the issue.

Oil marches toward $75 as Iran tension heats up