Will Iran Trigger Armed Confrontation With American Forces in Iraq? 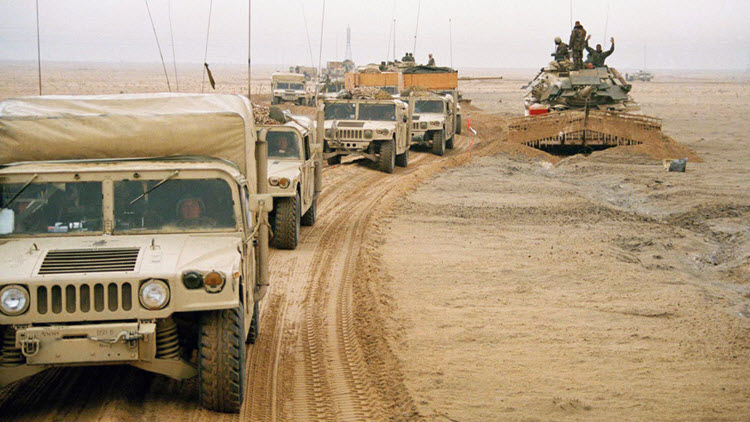 London, 27 Jul – The new U.S. president, Donald Trump, is focusing on health care and tax reform at home, while his administration is prepares for conflict, as North Korea’s missile are alarming the U.S., Japan and South Korea; NATO responded to Russia’s military incursions into eastern Ukraine and the Baltic region; and Iran’s attempts to extend its influence across the Middle East have continued.

Seemingly less imminent now, is a military clash in Northeast Asia. Major U.S. naval and air power was deployed to the region, pressure was put on China to rein in its Korean ally, and tensions have cooled.

Conflict with Russia appears less likely after the U.S. and NATO deployed troops to Poland and three Baltic States to warn Moscow that its tactics would be met with force.

However, unless Iran changes its course, it may trigger armed confrontation with American forces in Iraq and the Persian Gulf.

Tehran’s Revolutionary Guard are not under the authority of Iran’s elected government, but instead report to the country’s top clerical leader, Ayatollah Khamenei.

America maintains a large Navy installation at Bahrain, and a major Air Force base in Qatar. Iran regularly challenges U.S. warships in the Gulf, and one of these challenges may result in an armed conflict.

However, the most dangerous place for a conflict between Washington and Tehran is Iraq. As ISIS is driven from major cities, Iraq’s Shiite militias, bolstered by Iranian Special Forces, plan to fill the political vacuum left behind. Baghdad’s moderate prime minister, Haider al-Abadi, will be left with little power to prevent this outcome unless Saudi Arabia and other Arab states support the U.S. actions to back his government and Iraq’s new army.

Speaking to a congressional committee, Secretary of State Rex Tillerson recently said that Iran’s leadership plans to extend “its hegemony” in the Persian Gulf at the expense of Saudi Arabia. He said, “Our policy toward Iran is to push back on this hegemony” and work “toward supporting those elements inside Iran that would lead to a peaceful transition of that government.”

Was this a call from Tillerson for regime change in Tehran?

Secretary of Defense James Mattis called Iran “the most destabilizing influence in the Middle East.” Many defense experts say it was a mistake for the U.S. to withdraw its troops from Iraq in 2012, but Washington reversed this decision in 2016 and now has 5,000 advisers, trainers, and intelligence specialists in Iraq. They assist Iraq’s military to drive out ISIS from its remaining strongholds.

Additionally, Mattis believes that more troops may be needed to stabilize Iraq’s security and reduce the chances that Tehran will gain control.

U.S. senators will push ahead with Iran sanctions bill

WASHINGTON (Reuters) - The sponsors of a bill to...

Reuters: A sound bomb exploded in a city mosque...