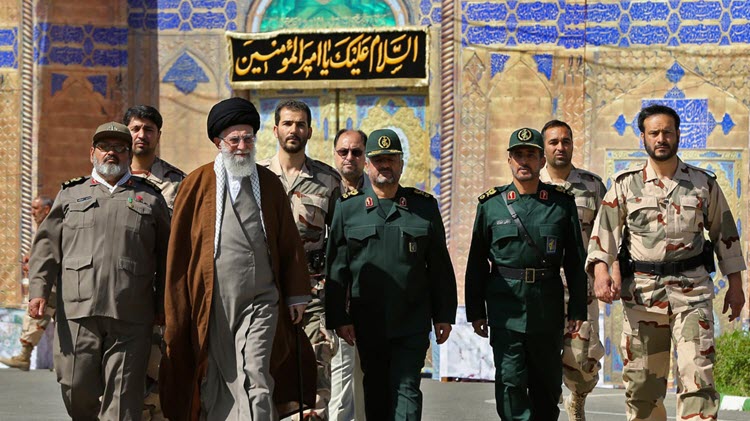 London, 26 Jul – The U.S. House of Representatives passed a bill Tuesday placing new sanctions on Iran, North Korea and Russia. This follows a similar version adopted overwhelmingly by the Senate in a 98-2 vote last month.

The House resolution, however, faced a more peculiar road even riddled with obstacles, according to an opinion piece published on the Forbes website on July 26. Fortunately, the overwhelming 419 to three vote in favor of this bill, the bipartisan Countering Adversarial Nations Through Sanctions Act (H.R.3364) has made it veto proof, wrote political and human rights activist Heshmat Alavi.

Despite the fact of alterations made in the initial text, all glitches have been set aside to gain White House consent.

“The Revolutionary Guards (IRGC), not just the IRGC Quds Force, is responsible for implementing Iran’s international program of destabilizing activities, support for acts of international terrorism and ballistic missiles,” the House Resolution text reads in part.

This development is a devastating blow to Tehran and a major success for the Iranian opposition National Council of Resistance of Iran (NCRI), Alavi wrote.

Calls for regime change in Iran and support for the NCRI have been gaining unprecedented weight in Washington, leaving Iran’s mullahs utterly terrified.

Iran has been found “threatening U.S. national security and undermining global stability with a range of aggressive acts” through ballistic missile tests, supporting terrorist organizations and meddling in the internal affairs of other states. The House bill is calling for political and economic measures to place Iran before accountability.

This resolution can fundamentally be considered the blacklisting of Iran’s IRGC as the criteria imposes mirroring restrictions, and at times goes even further.

The IRGC will be placed on the list of Specially Designated Global Terrorists following these procedures becoming law and US President Donald Trump taking the engagements necessary. The following is a list of the actions stated in this House resolution:

• All assets and property in the US belonging to IRGC-linked individuals and entities will be frozen.

• No American individual or entity has the right to establish financial, business, services or other affiliations with any individuals directly or indirectly associated to the IRGC.

• No American individual or entity has the right to violate these sanctions through intermediaries or bypassing these procedures.

• All individuals and entities having any relations with the IRGC must be sanctioned. Considering the fact that the IRGC officially enjoy a variety of connections and associations, this will effectively be paralyzing for Iran. One such example is the IRGC Khatam al-Anbiya group that is currently cooperating with more than 2,500 economic firms. All these companies will be sanctioned, rendering any relations with them illegal.

• As these measures place the IRGC under secondary banking sanctions, practically no financial institution will be permitted to provide direct and/or indirect banking services to IRGC-linked individuals and entities. No foreign bank will cooperate with any Iranian entity that is in any way related to the IRGC and/or its affiliated entities.

“It is long past time to declare the IRGC a terrorist organization. They on their hands the blood of so many of your people, and they have on their hands the blood of my people, too, whom they helped to kill in Iraq. We should declare them a terrorist organization so we can cut them off support around the world,” Giuliani said in his speech at the NCRI event.

Through Iran’s perspective, these new methods are the “mother of all sanctions,” as described by Hossein Shariatmadari, editor-in-chief of Keyhan daily, considered the mouthpiece of Iranian Supreme Leader Ali Khamenei. This sheds light on the significant political impact of these sanctions for Tehran.

These new sanctions come at a time when the Trump administration is blueprinting its comprehensive Iran policy, with Secretary of State Rex Tillerson and Secretary of Defense James Mattis both mentioning regime change in recent remarks.

These actions are the building blocks for the next vital steps necessary for Washington and the international community:

• Officially designating the IRGC as a foreign terrorist organization,

• Standing alongside the Iranian people and their organized opposition, represented by the NCRI, to realize regime change in Tehran.