Iran Is a Living A “Great Illusion” 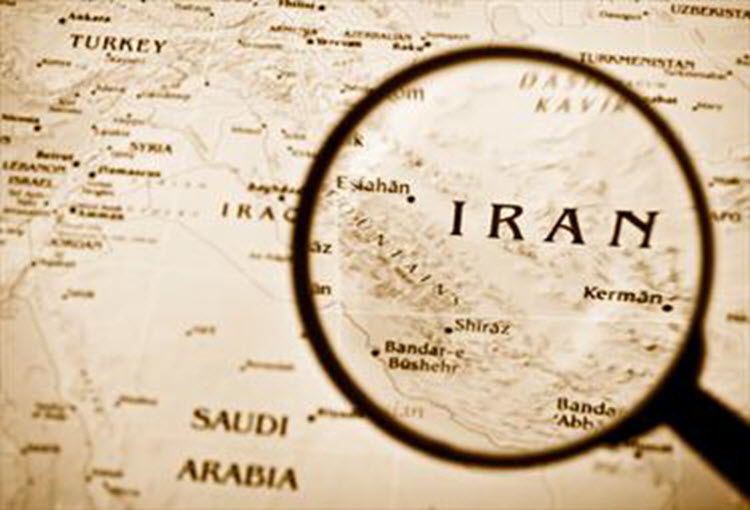 London, 27 Jul – James Carafano, Deputy director of the Kathryn and Shelby Cullom Davis Institute for International Studies at The Heritage Foundation, declared that Iran’s expansionist ambitions in the Middle East will be met with regional and international opposition.

He told Asharq Al-Awsat, “I believe that the Iranians will soon discover that they have stretched themselves thin in the region and they will be confronted with a wall of opposition.”

The explained that the current U.S. administration’s priorities lie first in ensuring Europe’s security, next in the stability and security of the Middle East, and finally, preventing a third world war due to North Korea.

In his first interview with the Arab press, he said that Washington is concerned with “removing the black flags fluttering over Mosul and Raqqa and what to do with Iran.”

Regarding U.S. ties with the Arab Gulf, Carafano said, “We are not trying to take control of the region. We, as partners, want a region that is more secure.”

Carafano continued, “I am surprised that people criticize President Donald Trump at a time when his Middle East policy is much more traditional than his predecessor’s. His policy focuses on eliminating the threat of international terrorism and stopping Iran’s attempts at destabilizing the region.” He added that the U.S. administration will assess the financial benefits that Iran reaps from the nuclear deal to prevent the transfer of funds to “Hezbollah” in Lebanon and the Houthis in Yemen. It will also work with other countries, such as Jordan, and revive the Egyptian-Israeli relationship so that the region could “regain its confidence.”

Washington will focus on political and economic development and support of the various players in the region. This is where the crisis with Qatar is significant, he said. “At the end of the day, the U.S. is not trying to isolate Qatar … but there should be greater unity over the security of the Gulf states,” and added, “Ties between the US and Qatar are a reflection of our ties with Pakistan, with which we have a very important strategic relationship. There are sides inside Pakistan and in its military institution who are not only working against U.S. interests, but against Pakistani ones as well. We call this ‘tough love’.”

He also noted, “The U.S. will not stop having ties with Pakistan, but we will be clear over what we have differences over and we are pressuring them to do things that are not only good for us, but good for them as well. This ultimately helps everyone.”

“This is an exact copy of the type of relationship that binds us to Qatar. We will be clear and straight over the differences between us and them. I believe that being straight allows us to be confrontational. We will pressure the Qataris to implement not just what is in the interest of the US, Saudi Arabia and Bahrain, but what will in the end benefit Doha.” He also stated, “This requires constant contact. There will be days when we smile to each other and others when we will be tense, but we will keep on monitoring the situation and hold people accountable for what they said they will do.”

“I would like to be clear that we are not trying to take over the region as in the end we are not the guarantors of the region’s security, but we are partners to countries that want a more stable region, through providing job opportunities to the people so that they may have a future,” he said.

“We are not doing this because we are good people, but because a peaceful Middle East means a better United States,” he said.

Carafano responded that expanding bases is difficult and cannot be implemented on short notice, when he was asked if the U.S. will turn to another Gulf country to set up another military base in addition to the one in Al Udaid in Qatar.

Addressing the US withdrawal from Iraq, he acknowledged that Washington was to blame for this development. The U.S. policy towards Syria led to a geopolitical disaster that saw Iran aim to govern the predominantly Sunni population.

Carafano acknowledged that Washington committed errors in this regard. “We have contributed to the instability in the region. We are not rectifying issues because the situation is bad, but because we have an interest to reach peace in the region. How will we do that? I said that we will be good partners to a number of regional countries because we have a common goal.” Furthermore, he stated that Iran is a living a “great illusion” after the Mosul victory against ISIS because it believes that the road has been cleared for them to expand further in the Middle East.

Asked if the U.S. will allow it to expand its power, Carafano replied, “No, I believe that this is a disaster, which means we are replacing one problem with another. I assert that the US will remain, and strongly, in Iraq.”

“We want a stable Iraq, but it is unrealistic to believe that we will purge all Iraqi regions from Iranian influence. We cannot however stand aside and allow it to become an Iranian affiliate. This will result in a catastrophe for the Iraqi people. They did not get rid of Saddam Hussein to be ruled by someone in Iran,” he noted.

“Allowing Iran to have an open road from Iraq to Syria that reaches the front doors of Jordan and Israel will be a major destabilizing force in the region. I assert that this will not happen and we will not allow it to happen. I will not be surprised if military presence is once again restored in Iraq and even at the request of the Iraqis themselves,” Carafano added.

“The Iranians have expanded too much and they back Shi’ite militias, the Syrian regime and the Houthis, Hamas and ‘Hezbollah.’ As soon as the funds that have flowed from the nuclear deal dry up however, it will not be able to do any of that. They have not made economic reforms and the majority of the money was wasted in corruption. I believe that the Iranians will soon discover that they have stretched themselves thin and they will be faced with a wall of opposition,” he continued.

The Iranians believe that they are still building a bridge towards the Arab Middle East. Ali Akbar Wilayati, aide of Iran’s supreme leader, said that the highway of resistance will start from Tehran, pass through Mosul to Beirut and then reach the Mediterranean.

“This will be like Poland advancing on Moscow. The Iranians are exposed and this is a major error that they are committing. This approach is not sustainable. This highway may work in theory, but it will not be transformed into reality because the Americans will not stand idly by. Neither will Turkey, Israel and the Arab Sunnis of course,” he stressed.

When asked if the Trump administration is addressing this issue, Carafano said that the officials there are aware of it.

On whether southern Syria will turn into a U.S.-Iranian confrontation zone due to the Popular Mobilization Forces’ efforts to only allow an Iranian presence there, he said that Israel will stand against a conflict. “I don’t think the Iranians want this confrontation either. If the world looked the other way, Tehran will be able to do whatever it wants, but in the current situation, the Iranians cannot fight and they do not want to start a third world war. No one wants it …. They are pressuring vital interests of U.S. allies in the region, specifically Jordan and Israel, so no one will allow them to achieve their strategy,” Carafano stated.

Asked if it was possible to establish an “Arab NATO”, he said that official should not waste time in establishing such a security alliance, explaining, “It may be achieved one day, but after all of these threats and dangers have been eliminated.”

Asked what Washington’s long-term stance on Syria is, Carafano replied, “Honestly, the U.S. does not care and is not focusing on Syria. It is not asking about its future beyond providing stability in Iraq and then the stability of Jordan and protecting Israel and finally defeating ISIS and al-Qaeda. It is true that we do not like regime head Bashar Assad and would like to see him go, but we will not waste our time in finding a way to change the regime in Damascus.”

“If I were to guess, Syria is headed towards ‘Balkanization’ similar to what happened in Yugoslavia at the end of the Cold War. Division in Libya will not however improve the situation. Iraq as a united states will also remain better. I greatly admire Kurdistan and think it will be more secure as part of a united Iraq, not as an independent country.”

“I think the Libyans prefer a united Libya and the Iraqis prefer a united Iraq. I do not however believe that anyone will feel safe in a united Syria, which is why it will be ‘Balkanized’,” Carafano stated.

He said that Washington must keep its forces on the ground and “interact with the region” regarding the role the U.S. can play in curbing the ambitions of the Syrian regime and force it to respect ceasefire agreements. “This will limit Iran’s influence in destabilizing the region and help find a solution for refugees to return to their homes. It will also provide space for Egypt and Jordan to work in Syria and Iraq and ease the threat of international terrorism.”

“I believe that the US contribution in destroying terrorism confirms that the terrorists can be defeated. The humiliating defeat of ISIS has been achieved and it did not take place under the American flag, but by locals. The people fought for their country because they do not want the likes of ISIS. It has been rejected by the people because terrorism is not the way of the future,” Carafano concluded.

Reuters: Iran is receiving long overdue payments for its...