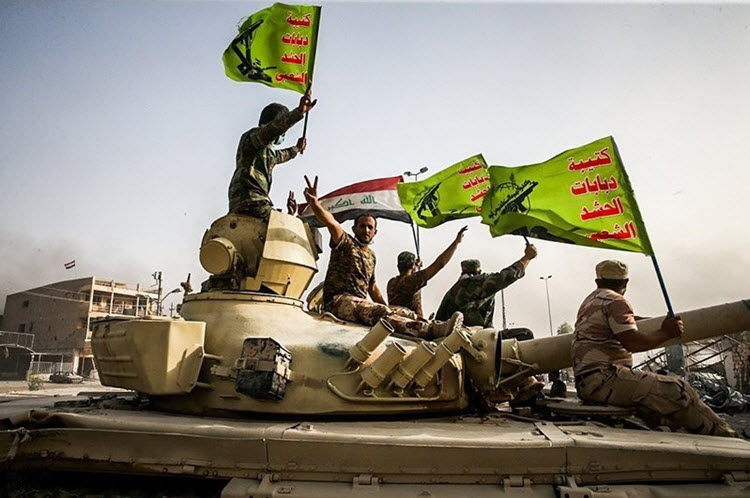 London, 7 Sep – Shiite cleric Ali al-Sistani, one of the most senior figures in Iraq, has refused to receive a delegation from the Iranian Regime, according to Iraq sources, giving more evidence to the idea that Iraq is looking to pull away from Iran’s influence.

Iranian sources revealed that Khamenei sent Shahroudi to Iraq in order to unite the Shiite parties after the differences between them became too much to ignore, in preparation for joining, with a single list, the upcoming parliamentary elections.

The Baghdad-based news outlet Al-Ghad Press reported: “Shahroudi asked to meet Al-Sistani during his visit to Najaf, which lasted for two or three days, as part of his tour inside Iraq, but Sistani refused to meet with him.”

Although the sources did not reveal why Sistani refused to receive Shahroudi, it is easy to guess why.

Differences in the Shiite alliance have been growing for a while, with much debate focused on Iranian interference in Iraqi issues and finding a replacement for Ammar al-Hakim, who split from the Supreme Council in July and founded the National Wisdom movement (Al-Hikmah).

Sistani has reportedly clashed with Khamenei over a number of Iraqi political issues, particularly the management of the Popular Mobilisation Forces, reforms announced by Iraqi Prime Minister Haider al-Abadi – and Tehran’s enthusiasm for Russian military action in Iraq against the Islamic State group (IS).

An Iraqi MP from the National Iraqi Alliance parliamentary bloc spoke to al-Araby al-Jadeed on the condition of anonymity to discuss the infighting.

He said: “The first contentious issue that led to a severance of ties between the two religious authorities is the issue of the Popular Mobilisation Forces. Sistani wanted these forces to be Iraqi rather than religious forces, however, they have turned into sectarian militias that have committed crimes, provoking Sistani’s ire.”

He continued: “The second issue of disagreement is related to Abadi’s reforms and his decision to relieve [former prime minister] Nouri al-Maliki of his position [as third vice-president], which Iran rejects, specifically Khamenei who insists on keeping Maliki in his position.”

It is worth noting that Al-Hakim received Shahroudi in Baghdad.

Shahroudi told Hakim that they should not allow political issues and potential differences among politicians to affect negatively the Iraqi people’s morale, according to the Regime’s Fars News agency.

Instead, Iran wanted to focus on the ‘good’ that they had done for the Iranian people.

Back in August, Khamenei issued a decree appointing Shahroudi, as chairman of the Expediency Council for the next five years, instead of former president Akbar Hashemi Rafsanjani. As Shahroudi is an Iraqi national, his candidacy and subsequent position are opposed by some Iranian groups, despite the support he receives for high-ranking members of the Regime.

Are US and Iran in a secret alliance?

The National: Developments unfolding in the region since the...

Iran’s Ahmadinejad tells Europe to “take back the Jews”