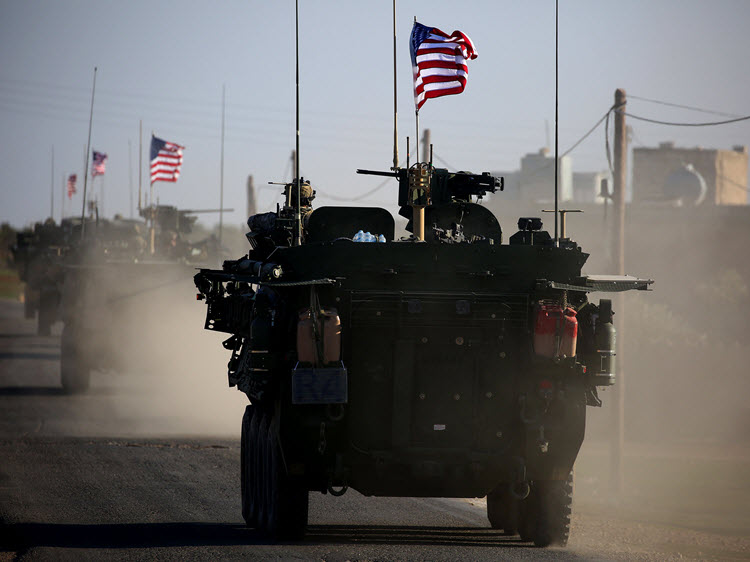 London, 7 Dec – An Iranian-backed militia in Iraq has threatened to attack American forces in the country over Donald Trump’s decision to officially recognise Jerusalem as the capital of Israel and move the US embassy there from Tel Aviv.

Al-Nojaba militia chief Akram al-Kaabi said in a statement: “The decision by Trump on Al-Quds [Jerusalem] makes it legitimate to strike the American forces in Iraq.”

The number of US troops in Iraq- who are fighting ISIS- varies between 5,000 and 9,000 depending on which figures you use.

There are roughly 1,500 fighters in this group, which was established in 2013 and is supported by the Iranian Revolutionary Guards Corps (IRGC).

They are part of the Iran-backed Hashed al-Shaabi (Popular Mobilization) auxiliary force which has been fighting ISIS in the Middle East alongside the Americans and has also been deployed to Syria by the Iranian Regime to help prop up the Bashar Assad Dictatorship.

However, as we know, Iranian proxy groups rarely act on their own volition as the Regime uses them to fight proxy wars. This was likely ordered by the Iranian mullahs who have also expressed their criticism about Trump’s move.

Following Trump’s announcement on Thursday, the Iranian Regime criticised the decision, saying that it violated international resolutions, and threatened a “new intifada”, or uprising against Israel.

In a statement on its website, the Iranian foreign ministry said: “The provocative and unwise decision by the US… will provoke Muslims and inflame a new intifada and an escalation of radical, angry and violent behaviour.”

It continued: “Iran strongly condemns this move and urges the international community, influential countries and especially Islamic countries to prevent the implementation of this US action, which is only of benefit to the Zionist regime, to preserve the stability of the region”.

Although the Regime’s statement referred to Jerusalem as “an inseparable part of Palestine”, a subject of controversy across the world, it should be made clear that Iran does not care about Palestine.

Currently the Iranian Regime’s support of the terrorist group Hamas in Palestine is dividing the Palestinian forces, which makes it harder for Palestine to negotiate a unified peace deal and therefore harder t convince the US to stick to the status quo regarding Jeruselum.

The Iranian Regime doesn’t care about regional peace either, or it would stop destabilizing the Middle East through terrorist proxies.

Reuters: Iran said on Monday it rejected any preconditions...