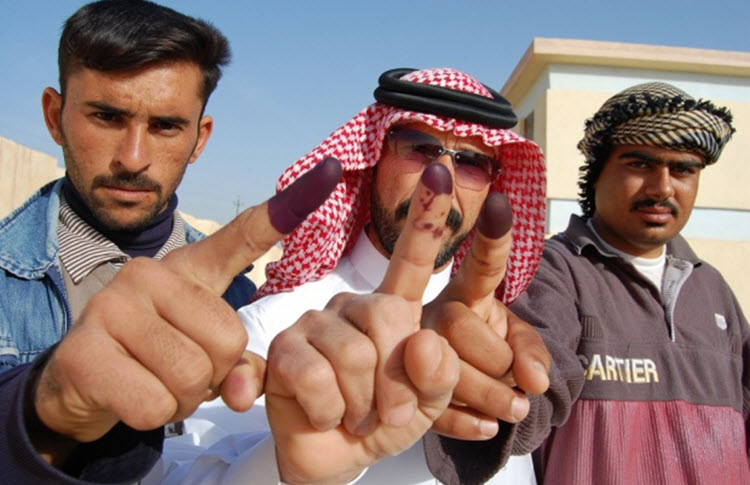 London, 04 Apr – As the Iraqi people prepare for the May election, many in the country are increasingly worried about Iran’s growing influence and fear that the mullahs may be trying to use this election to strengthen their political hold on Baghdad.

Iran had united with Baghdad’s Shiite-led government to fight the so-called Islamic State, which is odd because Iran actually has close ties to the top-ranking ISIS members. But now that ISIS is almost gone, Iran’s interference in Iraq has become a divisive issue.

Those most concerned about Iran, include Iraqi Sunni Muslims, who took the biggest hit due to the war and the fight against ISIS, and US politicians, who are wary of Iran’s aggression and expansionism in the Middle East.

Just last month, US Defense Secretary Jim Mattis accused Iran of “mucking around” in the Iraqi elections, citing “worrisome evidence” that Iran is funnelling “not an insignificant amount of money” into Iraq to sway votes in favour of pro- Iran politicians.

Iraqi Prime Minister Haider al-Abadi’s government rejected this claim, with spokesman Saad al-Hadithi saying that such an act would be “illegal and unconstitutional” and that the elections would be “free and fair”, but Abadi remains a close ally of Iran and the US.

Both countries are majority Shiite, share deep economic and cultural ties, and have a joint 900-mile border.

Iranian influence in Iraq has been steadily growing since the US invasion in 2003 led to the toppling of Iraqi dictator Saddam Hussein, but it surged after the withdrawal of US troops and the fall of Mosul to IS in 2014.

Iran gave support to Iraqi Shiite militias (the Popular Mobilization Units) which helped ISIS to advance. These units have now been incorporated into Iraq’s military and over 500 are running for parliament.

The fear is that these candidates will enter parliament and work for Iran in Iraq as Hezbollah does in Lebanon, essentially turning Iraq into a proxy state.

Former deputy prime minister Saleh al-Mutlaq expects that these Iran-linked candidates will do well and that this will be bad for Iraq.

He said: “These elections will be disastrous for this country. The PMU will be a key player in the political process and this will give Iran a role and a word in forming the government and in choosing a prime minister.”

One of the major problems for the US is that Iran could easily destabilise Iraq again, which would mean more US troops in the region, but also it could mean that US troops already in the Middle East are less safe.

The US-led coalition representative Col. Ryan Dillon said that he would not speculate on whether these elections could affect the coalition’s presence in Iraq, but with over 5,000 US troops in Iraq this is a pressing concern.

Reuters: The United States may have missed its moment...

Reuters: Satellite images indicate buildings are being demolished and...