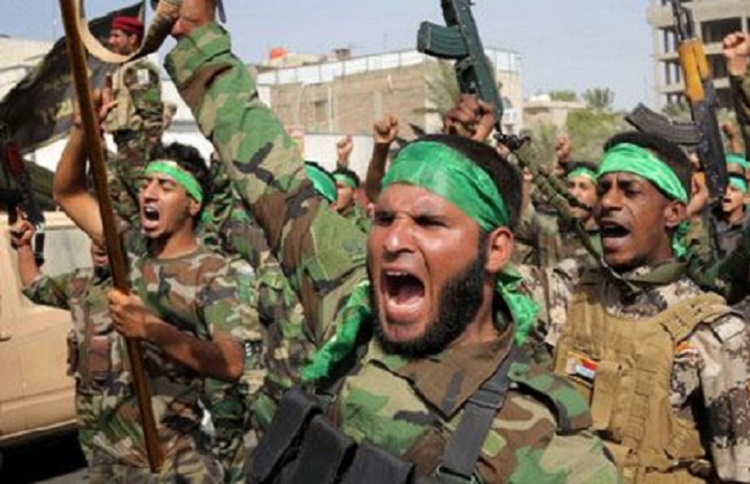 On Friday, 6 September, it was announced that the Iraqi militia group Hashd al-Sha’bi, or Popular Mobilization Forces (PMF), which has strong links to Iran, has announced the formation of its own air force.

“A statement by the PMF, a close ally of Iran, circulated through Iraqi news outlets said PMF’s deputy chief Abu Mahdi al-Mohandes ordered the formation of the air force directorate, appointing Salah Mahdi Hantoush as its caretaker”, Radio Farda reported, while exposing a photo of the order. 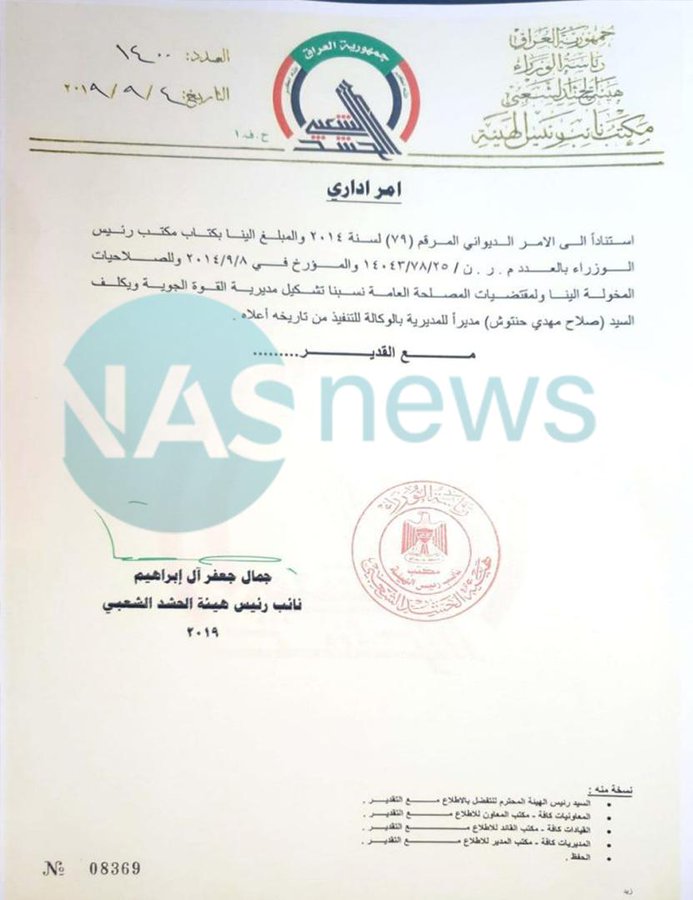 Separately, Asharq Al-Awsat reported 6 September: “Iraqi security expert Hashem al-Hashemi said the formation of a new air force is an embarrassment for the Iraqi PM, mainly if the air defense system was bought without the approval of the Defense Ministry.”

“Only Iranians will accept to sell weapons to the PMF without coordinating with the Defense Ministry,” the expert said.

After United States forces left Iraq in 2009, the Iranian government obtained an exceptional opportunity to expand its influence in Iraq. Financial support and logistics for the Iraqi Shiite militias have been and are one of Tehran’s levers for influencing Iraq.

Today, Iranian-backed militias, known as Hashd al-Sha’bi, are the main challenge of Iraq, according to Western observers. The Hashd al-Sha’bi was established as a counterweight to ISIS, but it has become the shadow force of Iran’s Islamic Revolutionary Guard Corps (IRGC) in Iraq.

On July 26, the Wall Street Journal wrote about a process of partial integration of Iraqi militias into the security forces. It reported that several factions have said they are part of a wider Islamic resistance led by Iranian Supreme Leader Ayatollah Ali Khamenei.

The formation of this Iraqi militia group mirrors the creation of the Basij by Khomeini in the 1980s. The Basij are widely accused of suppressing Iranian opposition groups. Under Khomeini’s leadership, Iran also launched a proxy force called Hezbollah, abusing the Lebanese crises. Hezbollah is today listed by the US State Department as a terrorist group.

In 2018, Iranians took part in nationwide protests against the government’s funding of proxy militias in Gaza, Iraq, Lebanon, Syria and Yemen, while millions live in poverty in Iran. Popular chants included: Neither Gaza nor Lebanon, my life for Iran.

Slogans on the streets suggest that Iranians want their government to end meddling and wasting the nation’s wealth in regional countries, but the Iranian authorities seem unable to change its current regional policies.