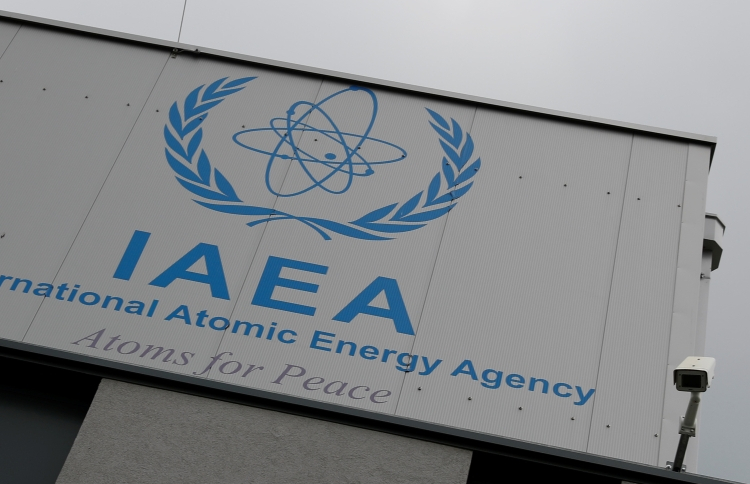 The UN’s nuclear watchdog found traces of uranium at a “secret atomic warehouse” in Tehran, which Iran has yet to explain, according to two diplomats.

The International Atomic Energy Agency (IAEA) is investigating the origin of the particles, found at a site not previously reported to the IAEA, and asked Iran to explain the traces, but Iran failed to do so, increasing tensions between Washington and Tehran.

The diplomats said the traces uncovered were of uranium; the element Iran is currently enriching (in breach of the 2015 nuclear deal) and one of just two elements needed to make the core of a nuclear bomb.
While there are possible explanations for the traces, including that it was from before the 2015 deal, Iran has not provided one to the IAEA and that is suspicious. Neither Iran, nor the IAEA have commented on the story first reported by Reuters.

Cornel Feruta, the IAEA’s acting director-general, met Iranian officials on Sunday and stresses that they require Iran’s “full and timely cooperation” with the agency, with the IAEA’s latest report saying that they needed Iran’s cooperation.
The 2015 deal imposed harsh restrictions on Iran’s nuclear programme in exchange for sanctions relief, but the US does not believe Iran kept to the agreement and pulled out of the deal last year, reimposing sanctions. The US believed that this could force Iran back to the negotiating table for a sweeping agreement, covering Tehran’s ballistic missiles and regional behaviour. Iran says it will not negotiate until sanctions are lifted.

This is not the first time that Iran has hesitated over communicating with the IAEA. The watchdog has made several calls for prompt access for inspections in previous reports.
Indeed, the IAEA’s safeguards division chief told member states Thursday that the process of seeking an explanation from Iran has lasted two months
U.S. National Security Adviser John Bolton tweeted on Saturday: “IAEA Acting Director General going to Iran just as IAEA informs its Board that Iran may be concealing nuclear material and/or activities. We join with other IAEA Board member states eager to get a full report as soon as possible.”

AFP: The world must act now to keep alive...