Daily Mirror: David Cameron’s visit to Turkey could be marred by a row over Iran today. 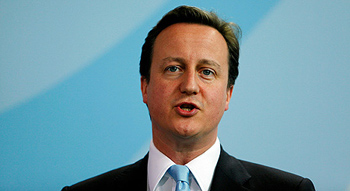 David Cameron’s visit to Turkey could be marred by a row over Iran today.

The PM will use a speech in Ankara to urge his hosts to drop opposition to new UN sanctions aimed at trying to halt Iran’s nuclear weapons programme.

But Turkey’s finance minister Mehmet Simsek told the Financial Times trade with their neighbour “should and will continue” unless it was “prohibited under UN resolution”.

Mr Cameron will call on Turkey to put pressure on Tehran. He is expected to say: “Iran is enriching uranium to 20% with no industrial logic for what they are doing other than producing a bomb.”

He will also say he supports EU membership for Turkey, a Nato ally.

The PM will insist EU opposition to Turkey joining is “wrong” and may be rooted in “prejudice” against Muslims.

Reuters: A senior G20 official said on Sunday there...