Reuters: The Obama administration will soon notify Congress of an arms sale to Saudi Arabia worth up to $60 billion, U.S. officials said on Monday, a potentially record-breaking deal that may help counter Iran’s growing regional muscle. 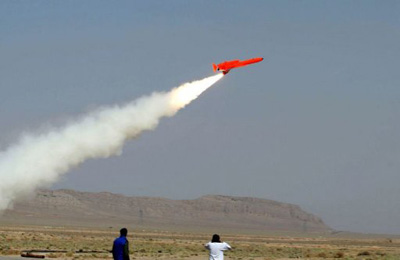 WASHINGTON, Sept 13 (Reuters) – The Obama administration will soon notify Congress of an arms sale to Saudi Arabia worth up to $60 billion, U.S. officials said on Monday, a potentially record-breaking deal that may help counter Iran’s growing regional muscle.

A senior U.S. defense official, speaking on condition of anonymity, said he expected the Saudis to initially commit to $30 billion to upgrade their fleet of aircraft, but that could double. Still, the final figure was unclear.

“At this point in time, we can’t estimate how much of that $60 billion (the Saudis) will make it to, but in any world this is an enormous arms package,” another U.S. official said.

The deal will be a major boost to Boeing Co, which is expected to supply the Saudis with 84 new F-15 fighter jets and upgrade another 70 of them. It also included 70 of Boeing’s Apache attack helicopters and 36 of its AH-6M Little Birds.

“It’s massive,” said Andrew Exum, an analyst at the Center for a New American Security, calling the long-anticipated deal a “shot-in-the-arm” for the U.S. defense industry.

“What the United States is trying to do here is pretty clear. (It is) basically trying to work by, with and through our partners in the region to balance against Iran,” he said.

A U.S. defense official said he did not expect much pushback from lawmakers, who have 30 days to object to the deal following formal notification, expected this week or next. Congress is aware of the need to bolster allies in the face of the Iranian threat, he said.

“I think that if you look at the kingdom, the major threat that they face emanates from Iran and this gives them a whole host of defensive capabilities to defend the kingdom.”

Israel is also “fairly comfortable” its qualitative military edge would not be jeopardized by the Saudi package, the official added, speaking on condition he not be named.

State Department spokesman P.J. Crowley said: “The United States would do nothing that would upset the current balance (of power) in the region.”

The United States has also flagged concern about Iran’s growing missile capabilities and has been quietly helping Arab states boost their missile defenses.

That includes the expected sale of the THAAD missile defense system manufactured by Lockheed Martin Corp to the United Arab Emirates. Similar talks are underway with Saudi Arabia.

“Much like we’re having with all of our Gulf allies, we’re having conversations with the Saudis about what array of ballistic missile defense capabilities they’re going to need to protect the kingdom,” the official said. But those talks are at a pretty early stage,” one official said on the condition he not be named.

Any future missile defense sales would come on top of the up to $60 billion aircraft package. U.S. officials are also discussing a possible deal to upgrade Saudi Arabia’s navy.

One official estimated any future navy deal could be worth $30 billion, but another said it was too soon to say.

“The Saudis are, of course, a very wealthy country but they don’t have unlimited resources either. So exactly how they’re going to balance their defense budget — it’s something that’s still kind of a work in progress,” he said.

The same U.S. official said he expected the Saudi aircraft deal to be executed over a five to 10-year period.

If approved, it would provide a huge boost to Boeing Co’s defense unit, which had several key programs axed by Defense Secretary Robert Gates last year.

“This transaction shows that there may still be a lot of life in the F-15 fighter and other Boeing legacy aircraft programs,” said defense analyst Loren Thompson of the Virginia-based Lexington Institute.

“The Saudi sale by itself will make a big difference to the company’s revenues for at least the next five years,” Thompson said. Boeing shares closed up 35 cents at $64.19 on the New York Stock Exchange, while United Technologies closed down 10 cents at $68.79.

A U.S. defense official said Boeing believed as many as 77,000 jobs across 44 U.S. states would be directly or indirectly “involved” in supplying Saudi aircraft.

“I don’t think that means there are 77,000 additional jobs. There may be some additional jobs,” he said, referring questions to Boeing. Boeing declined comment on the sale.

Saudi Arabia was the biggest buyer of U.S. weapons during the four-year span of 2005 through 2008, with $11.2 billion in deals, according to the U.S. Congressional Research Service. (Additional reporting by Andrea Shalal-Esa and Andrew Quinn, editing by Vicki Allen and Todd Eastham)