AFP: South Korea’s Kia Motors, whose Pride model is ubiquitous on Iranian roads, said Tuesday it had suspended exports to the Islamic state partly in response to Seoul’s nuclear-related sanctions. 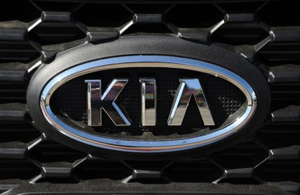 Kia’s Pride, a small hatchback, accounts for 30-40 percent of all vehicles on Iran’s roads, according to the company. The firm last year exported 4,210 complete vehicles to Iran and 17,040 cars in kit form for local assembly.

Kia suspended all exports to Iran last month, including completed vehicles, kits and spare parts — before South Korea’s government announced its detailed measures but after it announced its intention to impose sanctions.

According to a survey issued Sunday, more than three-quarters of South Korea’s small and mid-size exporters have partly or totally discontinued shipments to Iran following Seoul’s sanctions.

The survey of 88 smaller exporters conducted by the Small and Medium Business Administration showed 28 percent had halted exports. Another 48 percent said they had partially suspended shipments.

The cut-off was due to fears they would be unable to receive payments for shipments.

The finance ministry said it would impose a “severe” penalty on the Seoul branch of Bank Mellat for violating laws on foreign exchange transactions. It did not elaborate but Yonhap news agency said the Iranian bank would likely face a two-month suspension.

The measures included blacklisting 24 individuals and 102 Iranian entities, including 14 other banks, as well as the strengthening of inspections of cargoes related to Iran.

There were also restrictions on new investment in Iran’s oil and gas industry, but no ban on oil imports, which provide 10 percent of South Korea’s needs.

Transactions with Iranian entities not subject to sanctions will require approval from Seoul if they exceed 40,000 euros (51,000 dollars).

South Korea also said it would reduce export guarantees for shipments to Iran. Trade between the two countries was worth 9.74 billion dollars last year.

In July, South Korea’s GS Engineering and Construction announced that a 1.42 trillion won (1.2 billion dollar) gas plant project in Iran had been cancelled by the Iranian side due to the UN sanctions.

Kia’s second-quarter net profit this year soared 61 percent year-on-year thanks to strong sales in domestic and overseas markets. It makes cars in the United States, Slovakia and China as well as South Korea.

Reuters: Iran will next week grant Total, Shell and...

By Jubin KatiraieSeven labor activists in Iran have been...