WikiLeaks: British firms made millions from trading with Iranians

Daily Telegraph: British companies made millions of pounds selling or leasing items to Iranian companies that were the subject of international trade sanctions, US Embassy documents show. 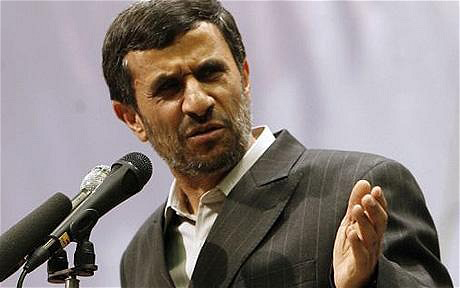 British companies made millions of pounds selling or leasing items to Iranian companies that were the subject of international trade sanctions, US Embassy documents show.

By Gordon Rayner, and Matthew Moore

America put enormous pressure on the British government to block deals for aircraft and ships that it feared would be used to transport nuclear materials.

One of the companies causing most concern was the London-based Balli Group, of which Lord Lamont, the former chancellor, is a non-executive director.

In February 2008, the US State Department contacted its London Embassy requesting “immediate action” over three Jumbo Jets it believed were bound for Iranian-owned Mahan Air, which is banned from operating within the EC.

The Boeing 747-400 aircraft, owned by a US subsidiary of the Balli Group, were undergoing maintenance in South Korea, but the US had “strong reason to believe” they were bound for Mahan Air.

The aircraft were registered to a Balli subsidiary, Blue Airways of Armenia, which “leases all of its aircraft to Mahan Air. Mahan Air is associated with the Iranian Islamic Revolutionary Guard Corps”, the cable stated. It added that “three other airplanes… that were acquired over a year ago by Balli Group have gone into service with Mahan Air”.

The US feared the Revolutionary Guard’s “ability to misuse civilian aircraft for nefarious activities” adding that “Iran’s control of additional aircraft could enhance its military capabilities or facilitate its support for international terrorism”.

The Balli Group, primarily a commodities trader based in Mayfair, was founded by Iran-born Vahid Alaghband, 58. He was educated in Switzerland and the US and has advised the British Museum on Persian art exhibitions. His brothers, Hassan and Nasser, are on his company’s board.

In April 2008 the Treasury told US diplomats that it could not intervene because Balli had not broken any British laws, but the US was able to recall the aircraft to America because they had been built there. In February 2010, Balli Aviation, an American subsidiary of Balli Group, agreed to pay $2 million (£1.25 million) in criminal fines and $13 million (£8 million) in civil fines after pleading guilty in a US court to illegally exporting aircraft to Iran. The settlement was one of the largest fines imposed by the US Department of Commerce’s Bureau of Industry and Security.

The US also instigated an investigation of British shipping firms after telling the government in 2009 that Islamic Republic of Iran Shipping Lines (IRISL) was creating “phantom companies” abroad.

Washington advised Britain that ships owned by two British companies should be “subject to the same level of scrutiny as those of IRISL”.

The Iranian group, described as “Iran’s shipping line of choice for transporting proliferation-related items”, was said to be renaming and repainting its ships, sometimes twice a year, to make them more difficult to trace. In January 2009 IRISL allegedly transferred “four or five ships” into the personal ownership of one of the British firms, which is connected to the second.

The companies in question were named in the cables, but they flatly denied the allegations when contacted by The Daily Telegraph.

By October 2009, IRISL had been blacklisted by the Government, which prevented it from obtaining insurance from British Protection and Indemnity (P&I) clubs.

IRISL briefly managed to obtain insurance from SEPIA, the South of England Protection and Indemnity Association, which is registered in Bermuda, until Bermuda also imposed restrictions.

Companies were secretly strong-armed into cutting ties with Iran even if they had not breached sanctions, the documents show.

In December 2008, a Foreign Office civil servant told US diplomats that the government was “jawboning” companies by expressing “severe displeasure” with any investment “inconsistent with UK foreign policy interests”.

The first to be approached was the petrochemicals company UOP, which was lawfully selling security equipment to Tehran and upgrading an oil refinery.

AP: The U.S. Navy said Monday it has deployed...

IAEA inspectors to Iran next week