AFP: Iran is mass-producing a ballistic missile which can travel at more than three times the speed of sound and hit targets on the high seas, a top commander said on Monday. 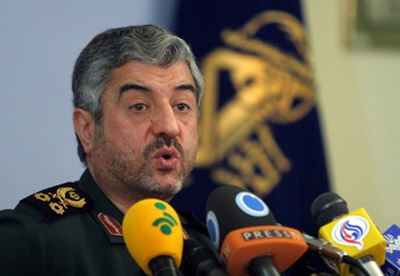 TEHRAN (AFP) — Iran is mass-producing a ballistic missile which can travel at more than three times the speed of sound and hit targets on the high seas, a top commander said on Monday.

Commander Mohammad Ali Jafari, who heads the elite military force, the Revolutionary Guards, said the missile had a range of 300 kilometres (185 miles).

“Iran is mass producing a smart ballistic missile for sea targets with a speed three times more than the speed of sound,” Jafari was quoted as saying by state news agency IRNA.

He said the missile was “undetectable and can’t be neutralised by enemies,” without specifying the name. “It has very high precision in destroying targets,” Jafari added.

“As the enemy’s threats will likely come from the sea, air and by missiles, the Guards have been equipped with capabilities to neutralise the enemy’s advanced technology,” he said, according to another Iranian news agency, ISNA.

Iran’s missile and space programmes have sparked concern in the West that such advanced technologies, combined with the nuclear know-how which the nation is acquiring, may enable Tehran to produce an atomic weapon.

Jafari’s remarks come as Iran holds celebrations to mark the 32nd anniversary of its Islamic revolution which toppled the US-backed shah.

Iran uses the run-up to the February 11 anniversary to tout its scientific and technological achievements.

AFP: Iran said on Tuesday its barring of two...

Iranian official signals no scaling back in nuclear activity

Reuters: Iran will press ahead with its uranium enrichment...