AFP: US Secretary of State Hillary Clinton asked Tehran Friday for any help in locating a retired FBI agent, who went missing in Iran four years ago, after receiving information that he is alive. 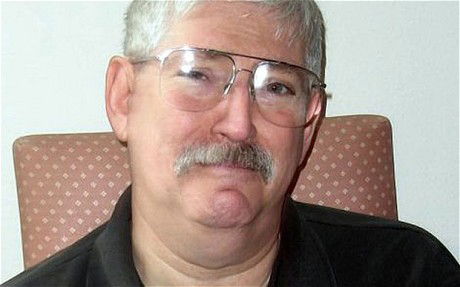 WASHINGTON, March 4, 2011 (AFP) – US Secretary of State Hillary Clinton asked Tehran Friday for any help in locating a retired FBI agent, who went missing in Iran four years ago, after receiving information that he is alive.

The chief US diplomat appealed to the Islamic Republic for details about Robert Levinson’s “welfare and whereabouts,” a day after her surprise announcement that he is apparently alive and in “southwest Asia.”

“Let me say this is an ongoing investigation. I cannot comment any further. What is important is that we work to bring Bob Levinson home safely to his family in Florida,” Clinton told reporters.

“His family misses him dearly. He does have medical issues,” she said, referring to family reports that Levinson suffers from diabetes.

“And we continue to welcome any help that the Iranian government can provide in determining Mr. Levinson’s welfare and whereabouts so that he can be reunited with his family as soon as possible,” said the secretary.

Last month, Iran’s elite military force, the Revolutionary Guards, denied it was holding Levinson, as reported on some websites. Iranian officials have previously denied having any information about his whereabouts.

Mystery shrouds the fate of Levinson who disappeared on Iran’s Gulf island of Kish in March 2007.

Christine Levinson says her husband, who retired from the FBI more than a decade ago, had traveled to Kish island to investigate cigarette counterfeiting in the region and was last heard from on March 8, 2007.

“Our family is tremendously encouraged by the news Bob is alive but remains concerned for his safety and well being,” his wife said in a statement posted on the www.helpboblevinson.com website after Clinton’s announcement.

“Our seven children, our two grandchildren, and I await the day we will be reunited. We ask for your continued prayers and support,” she said.

In her statement on Thursday, Clinton, who has met with Levinson’s wife, said: “We have received recent indications that Bob is being held somewhere in southwest Asia.”

Noting that Iran has in the past offered to help locate Levinson, she added said: “We would appreciate the Iranian government’s efforts in this matter.”

A senior US administration official told AFP on the condition of anonymity that the new information about Levinson emerged after discussions with Iran in “recent weeks.”

“We received some indications from Iran that the government was willing to assist in locating Mr. Levinson. We followed up on those indications and that led to the secretary’s statement (on Thursday),” the official said.

The official said Washington does not exactly “know where he is” and referred to the statement that he is in southwest Asia when asked whether Washington believed Levinson was in Iran or not.

Southwest Asia is a region that normally includes Iran, Afghanistan and Pakistan.

“We’re (more) optimistic than we were in the last four years that he is alive, and we hope that we can reunite him with his family,” the official said.