Iran gets one-up on online dissdent?

UPI: Iran appears to have developed a system for identifying computer users on a network designed to block surveillance, a member of the Tor Project says. 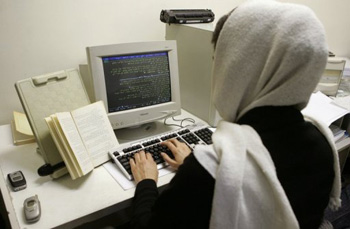 LONDON, March 18 (UPI) — Iran appears to have developed a system for identifying computer users on a network designed to block surveillance, a member of the Tor Project says.

Tor software, distributed free, hides computer IP addresses and encrypts e-mail and other communication on the Internet. The software was originally developed at a U.S. military lab and is now open source.

Andrew Lewman, Tor’s executive director, said Iran apparently has obtained Deep Packet Inspection, equipment that allows the reading of Internet traffic as it is transmitted. He said Tor has known for years it was vulnerable but did not take steps to thwart that type of technology in advance.

“We’re trying to have an arms race really slowly,” he said.

Lewman said the number of Tor users in Iran more than doubled to 2,800 after the 2009 presidential election. Mahmoud Ahmadinejad’s election to a second term was widely perceived as fraudulent and it set off a wave of protest in Tehran and some other cities.

Iran now appears to have advanced a step beyond China in its ability to track or block dissidents online, Lewman said.

A primer on Belgian company key to Iran sanctions

AP: A little-known company based in Belgium that facilitates...

AFP: The US Treasury on Thursday added 20 companies...