Reuters: The wife of an Iranian opposition leader who has been under unofficial house arrest since February has been allowed out for medical treatment, a reformist website said on Saturday. 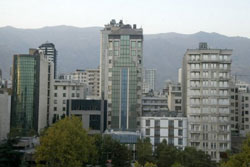 TEHRAN (Reuters) – The wife of an Iranian opposition leader who has been under unofficial house arrest since February has been allowed out for medical treatment, a reformist website said on Saturday.

Fatemeh Karoubi had been held incommunicado with her husband Mehdi since he called supporters on to the streets for a February14 Tehran rally in support of uprisings in the Arab world.

Two people were shot dead at the demonstration, deaths protesters blamed on security forces but which the government said was the work of “terrorist” elements among demonstrators.

The government had refused to authorize the march, fearing it would be a platform for the opposition Green movement which held huge protests against the re-election of President Mahmoud Ahmadinejad in 2009.

Karoubi’s Sahamnews website said Fatemeh, who is in her 60s, had been allowed out of her home, after 71 days of captivity, for unspecified medical treatment which she had been unable to access during that time. It was not clear whether she returned to the house after treatment.

Mehdi Karoubi, a 73-year-old cleric, stood for election against Ahmadinejad in June 2009. Along with fellow reformist candidate Mirhossein Mousavi, he became a figurehead of the post-election protests by Iranians who believed the vote was rigged to secure the re-election of the hardline incumbent.

The government denied any vote rigging and said the protests were stirred up by Iran’s foreign enemies who aimed to overthrow the country’s Islamic form of government.

The February demonstrations were the first since authorities crushed the Green movement’s public protests at the end of 2009.

Since then, the two opposition leaders have not been seen in public and family members say they are under strict house arrest along with their wives.

Members of parliament have called for them to be tried and hanged but so far authorities have chosen to isolate rather than officially arrest them, wary of angering their supporters.

It was not immediately clear if the decision to allow Fatemeh Karoubi out of the house indicated any change to the situation of the two opposition leaders.

AP: A second man has pleaded guilty in Miami...

BBC News: At least eight women and one man...