Reuters: Iranian state television ran a report Monday saying Israeli military aircraft were massing at a U.S. air base in Iraq for a strike on Iran. 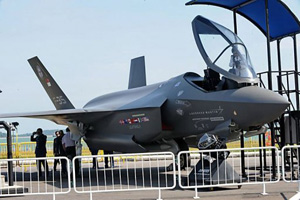 TEHRAN (Reuters) – Iranian state television ran a report Monday saying Israeli military aircraft were massing at a U.S. air base in Iraq for a strike on Iran.

The report appeared on the website of Press TV. Israel said it had no knowledge of such a strike plan and Iraq’s air force commander denied the Iranian report.

Press TV quoted what it said was a source close to the movement of Moqtada al-Sadr, an Iraqi Shi’ite cleric who opposes the U.S. presence in Iraq and has close ties to Iran’s leaders.

Washington’s ally Israel accuses Tehran of using its declared civilian nuclear reactor program to conceal a plan to develop atomic bombs that would threaten the Jewish state. Israeli leaders have not ruled out military action against Iran.

However, there has been no recent indication of increased tensions and no other information Monday to corroborate the Iranian television report.

An Israeli army spokeswoman said she had no knowledge of any such report and said the military did not comment on operational matters. Iraqi air force commander Staff Lieutenant General Anwar Ahmed rejected the report as “groundless.”

“The al-Asad base (mentioned by Press TV) exists on Iraqi territory. We can never accept launching any military attack against any of the neighboring countries, whether Iran or any other country, from Iraqi lands,” he told Reuters.

The United States and its Western allies suspect Iran is using its nuclear energy program as a cover to build bombs. Iran denies the allegation, insisting it needs nuclear technology to generate more electricity.

Iran has repeatedly warned that it would strike Israeli nuclear targets if Israel attacked its nuclear activities.

Iran does not recognize Israel, which it calls the “Zionist regime.” Israel, believed to be the only nuclear-armed country in the Middle East, bombed Iraq’s only nuclear reactor to rubble in 1981 when Saddam Hussein was in power in Baghdad.

(Reporting by Robin Pomeroy in Tehran, Ori Lewis in Jerusalem and Jim Loney in Baghdad; writing by Parisa Hafezi; Editing by Mark Heinrich)

Wall Street Journal: Iran is about to award a...