US man jailed for exporting military parts to Iran

AFP: A Georgia man was jailed for nearly four years Wednesday for his role in a “broad conspiracy” to illegally export sensitive military equipment to Iran, officials said. 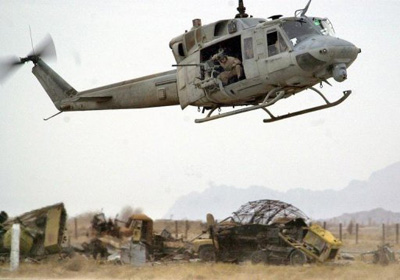 WASHINGTON (AFP) — A Georgia man was jailed for nearly four years Wednesday for his role in a “broad conspiracy” to illegally export sensitive military equipment to Iran, officials said.

Michael Todd, president of The Parts Guys company, was also ordered to forfeit more than $160,000 in connection with his efforts to supply Iran with components for US fighter jets and attack helicopters.

“This case demonstrates the importance of keeping America’s sensitive military technology from falling into the wrong hands,” said Michael Moore, US attorney for the Middle District of Georgia.

“Today, Michael Todd is being held accountable for his role in a broad conspiracy to supply Iran with advanced military aircraft technology that is restricted for export from the United States.”

Todd, who was arrested in December in Atlanta, pleaded guilty in May to conspiracy to violate the Arms Export Control Act.

Under the same investigation, Iranian-born US national Hamid Seifi pleaded guilty in February to similar charges and was sentenced to 56 months in prison.

Several people have been sentenced and companies charged by US courts in recent years for exporting or seeking to export illegal military materials to Iran, including to some Iranian companies under sanction for involvement in ballistic missile activities.