Reuters: The world No. 2 mobile telecom equipment maker Nokia Siemens Networks will start to gradually ramp down its business in Iran, pressured by tightening international sanctions. 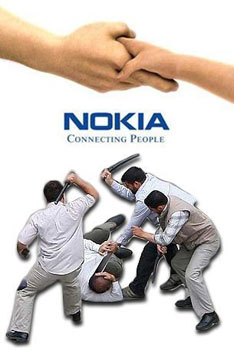 Nokia Siemens — one of the key suppliers to Iranian telecom operators along with Ericsson and Huawei — has decided to refrain from seeking new business and gradually reduce its commitments in Iran, it said in a letter to its staff in the country.

The venture of Nokia and Siemens, which has been heavily criticized for its business in Iran, last year decided to only continue business with its existing customers, but said that was “almost impossible” now as it would unlikely get export licenses and it could not get the money out of the country.

“The sanctions on all international banks and other financial institutions have meant that for about a year, Nokia Siemens Networks has been unable to move very little money out of Iran,” it said in the letter seen by Reuters.

“More recently some countries in the EU have forced their banks to cease any trading transactions with Iranian banks.”

China’s Huawei and Sweden’s Ericsson have said they would refrain from seeking new business in the country which has seen tensions between it and the West rising.

Western countries accuse the Islamic Republic of trying to develop nuclear weapons, a charge it denies.

In response to tightened economic sanctions, radical youths stormed the British embassy in Tehran on November 29, causing London to recall all its staff and close its mission.

Nokia Siemens said it would continue to support existing customers and honor contracts for as long as its able to within the limits of any existing or new sanctions and within all applicable laws.

The Independent: The situation for the mullahs in Iran...