Greece to back EU on Iran oil sanctions-govt sources

Reuters: Greece, increasingly dependent on imports of Iranian oil, will not break ranks with its European Union partners should they impose an oil embargo on the Islamic Republic at a meeting this month, Greek government sources said on Tuesday.

By Angeliki Koutantou and Renee Maltezou 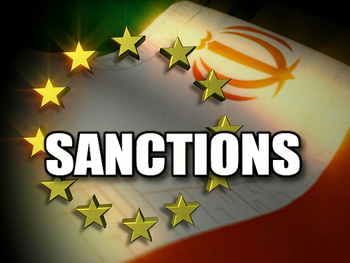 ATHENS, Jan 3 (Reuters) – Greece, increasingly dependent on imports of Iranian oil, will not break ranks with its European Union partners should they impose an oil embargo on the Islamic Republic at a meeting this month, Greek government sources said on Tuesday.

The EU is considering an embargo on Iran’s oil exports, backing those long in place in the United States, and the bloc’s foreign ministers are due to hold a meeting on Jan. 30.

“If the European Union decides to impose the sanctions, Greece will join them,” one official told Reuters.

Most of Iran’s oil goes to China, India and South Korea. Debt-ridden Greece has become increasingly dependent on oil that Tehran is willing to provide despite the Balkan country’s financial difficulties, which have deterred some other suppliers.

Worried that Athens will default on its debt, traders have pulled the plug on supplies and banks refuse to provide financing. Greece has stopped buying crude from Russia, Azerbaijan and Kazakhstan.

The 27-member European Union bought about 450,000 bpd in that period, with Italy and Spain accounting for the largest volumes among EU members.

Greece now depends on financial aid from the EU and the International Monetary Fund.

Greece, under pressure from Washington and Brussels to stifle trade as part of a campaign against Tehran’s nuclear programme, has been exploring alternatives to avoid running out of oil, an energy ministry official said.

“If the sanctions are imposed, we will seek other ways to ensure we continue receiving the needed supplies and that the oil market operates smoothly,” the official said without elaborating.

On Monday, Greece launched a tender inviting investors to search for oil in northern and central parts of the country, aiming to cut its energy imports bill and secure steady revenues in the long-term. Bids must be submitted by early July.

Deputy Energy Minister Yannis Maniatis said the first drilling in the three blocks, which combined could contain about 250 million barrels of oil, is expected at the end of 2012.

“If things go as we want, by the end of the year we will have cashed in the first euros or dollars from hydrocarbon exploitation,” Maniatis told Greek Skai radio on Tuesday.

“We can hope that in 20 years we will have estimated revenues of 1 billion euros a year, maybe even more.” (Reporting by Angeliki Koutantou; Writing by Renee Maltezou; Editing by Anthony Barker)