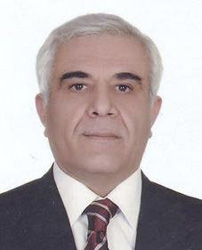 Ali Saremi, 63, was hanged in Tehran’s infamous Evin prison on 28 December 2010. He was arrested in September 2007 for attending a memorial ceremony for 30,000 political prisoners massacred in 1988. His son, Akbar, is among the 3,400 members of the main opposition People’s Mojahedin Organisation of Iran (PMOI/MEK) in Camp Ashraf, Iraq.

Saremi was sentenced to death for visiting his son at Camp Ashraf.

The translated text of the message of Mr. Davoudi, an imprisoned teacher and writer, is as follows:

“In the name of God, in honour of all those who have sacrificed their lives for the liberation of humankind, and in memory of Ali Saremi. He was my esteemed countryman, my ward mate, and a combatant, who on 28 December of last year was sent to the gallows by the corrupt tyranny ruling this country.

Dear Ali, before you were gone, why didn’t you ask “for what crime”?

Dear Ali, we drowned in sorrow and disbelief when we learnt about your passing; we knew you as a dignified human being and a seasoned activist. Your compassionate wife and young daughter were like devoted butterflies circling around you when they used to come and visit you.

Dear Ali, on the afternoon of Wednesday, 3 August 2011, when I was blindfolded in Ward 209 of Evin Prison, I refused to be interrogated. They did all they could, but I neither uttered a word nor cooperated with the interrogation. The chief interrogator punched me in the back of the head and said angrily, “We will send you to the gallows like Saremi.”

I did not hesitate to reply, “He was an amazing man; Be sure to do so!”

He then began to hurl insults at the PMOI, but I countered by saying, “If the regime was afraid of God to the same degree that it fears the PMOI, the country would not have been in such a mess and chaos.” Suddenly, I felt a hand angrily striking me in the left ear. The blow was so powerful that it has left me in need of surgery and an artificial ear drum. After six months, I continue to suffer from the side effects and the resulting infection.

Dear Ali, it is the strength of you and your fellow activists that prevents the regime from even writing or uttering the name “Mojahed” (PMOI). The regime shivers every time it is reminded of this name to the extent that it loses control and allows itself to disrespect an old man like myself in such an undignified manner.

Dear Ali, you were a proud living legend, a powerful lion with the strength of a mountain.

US says allies could go further on Iran sanctions

Reuters: U.S. allies are prepared to implement sanctions against...

BBC News: Iran has repeated its refusal to accept...