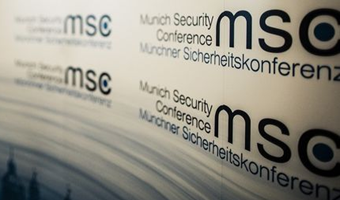 London, 17 Oct – The Foreign Affairs Committee of the National Council of Resistance of Iran (NCRI) said it considers holding a meeting of the Munich Security Conference (MSC) in Tehran on Saturday and the visit by the German Foreign Minister to Iran an act against human rights in Iran and against regional and global peace and security that is to be condemned. It had called on the MSC Chairman and the German Foreign Minister to cancel their trips to Iran and call off the conference in Tehran.

“Such relations shall only encourage the religious fascism ruling Iran that has so far executed 120,000 political prisoners, in its executions, tortures and suppression. In just a few days prior to this meeting, the Iranian regime has hanged 25 prisoners – two of them only 17 years old at the time of their alleged crime and another three publicly executed” the NCRI said in a statement.

“Addressing the religious fascism ruling Iran to answer the call for provision of global security comes on the heels of the regime’s leaders blackmailing the international community by test-firing long range missiles and showing ‘a deep underground tunnel packed with missiles and launcher units’. IRGC Brigadier General Amir Ali Hajizadeh said numerous such tunnels exist across the country at a depth of 500 meters. ‘Long-range missile bases are stationed and ready under the high mountains in all the country’s provinces and cities,’ he said. The missiles are ready to be launched from all over Iran; ‘this is a sample of our massive missile bases’, he added”. (AFP – October 15)

According to the Munich Security Conference website, “held in cooperation with the governments of Germany and Iran, the Core Group Meeting will focus on the war in Syria as well as Tehran’s global and regional role” after sealing the nuclear agreement.

“The religious fascism ruling Iran is the foremost element in the prolongation of the Syrian crisis, the massacre of 300,000 Syrians, and the prevention of Bashar Assad’s downfall. Permitting any meddling by this regime in the resolution of this crisis translates into intensification, expansion and prolongation of the conflict and the crisis in the region with the mullahs ruling Iran as its greatest beneficiary”, the NCRI said.

“The scale of the Iranian regime’s criminal meddling in Syria is to an extent that in less than a week three IRGC brigadier generals have been killed in that country.

The NCRI Foreign Affairs Committee reiterated that the sole solution for the Syrian crisis is the “eviction of the Iranian regime from that country”.

NEWSWEEK: Why we can no longer remain on the...