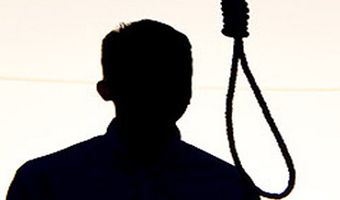 London, 17 Oct – United Nations human rights experts on Friday expressed their “outrage” and “profound sadness” at the execution in Iran of Fatemeh Salbehi, a juvenile offender convicted for the death of her husband, whom she had been forced to marry at the age of 16.

Ms. Salbehi was hanged on Tuesday, October 13 “in breach of international law banning juvenile executions, and despite reported flaws in her trial and appeal process. She is the 11th woman to be executed so far this year in Iran, where at least 700 other people have been executed,” said a statement which appeared on the website of the Office of the High Commissioner for Human Rights.

“A week earlier, another juvenile offender was executed in secret in Iran: Samad Zahabi. No notice was provided to Mr. Zahabi’s family, nor was the required 48 hour notice provided to his lawyer. He was sentenced to death in March 2013 for the killing of a fellow shepherd, when he was only seventeen years old,” the UN statement said.

“These executions are disturbing examples of surging execution rates and questionable fair trial standards in the Islamic Republic of Iran,” said the UN Special Rapporteur on the situation of human rights in Iran, Ahmed Shaheed. “The Iranian authorities must comply with its international law obligations and put an end to the execution of juvenile offenders once and for all.”

The UN Special Rapporteur on summary executions, Cristof Heyns, stated “Let us be clear – these are unlawful killings committed by the State, the equivalent of murders performed by individuals. These are profound tragedies that demean the value of human life and sully the reputation of the country.” He added that “executing a juvenile offender, especially after a questionable trial, directly contravenes the International Covenant on Civil and Political Rights and the Convention on the Rights of the Child, to which Iran is a party. Iran must immediately stop killing children.”

“The lack of judicial consideration for Ms. Salbehi’s circumstances is emblematic of the struggles victims of domestic abuse face in the judicial system,” said the UN Special Rapporteur on violence against women, Dubravka Šimonoviæ. “We cannot ignore the serious consequences of psychological, sexual and physical violence in the home on a woman’s physical and psychological health.”

While highlighting Ms. Salbehi’s young age at the times of her marriage and her lack of consent, Ms. Šimonoviæ expressed concern for the high numbers of early and forced marriages in Iran.

The UN human rights experts “strongly urged the Iranian Government to immediately establish a moratorium on executions with a view to abolishing the death penalty.”

The Special Rapporteurs are part of what is known as the Special Procedures of the Human Rights Council. Special Procedures, the largest body of independent experts in the UN Human Rights system, is the general name of the Council’s independent fact-finding and monitoring mechanisms that address either specific country situations or thematic issues in all parts of the world.

‘I would rather die here than go back to Iran and be killed’: Iranian asylum seekers sew their mouths together and go on hunger...

Daily Mail: In a desperate attempt to have their...

Bloomberg: Russia is seeking to enlist Iran in a...