Maryam Rajavi: Iran, the Islamic State, and the Perversion of Islam 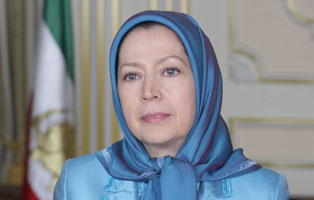 It seems that for all our progress in social and human development, with each new generation radical factions emerge, shaking the world with their ability to convince ordinary people to commit unspeakable atrocities.

We reflect on recent attacks in San Bernardino, carried out by invoking God and religion, with the same bewilderment that confounded us amid the many senseless cruelties of the 21st century. We struggle to understand how such wanton violence could be conceived by human minds and spread like wildfire. And, of course, we set ourselves to right it, asking how we can combat this most current version of extremism and prevent new forms from plaguing the world.

The breed of extremism that we face today is a lethal cocktail of medieval barbarism and modern-day fascism. It is a worldview that shuns political tolerance, promotes misogyny, and, of course, glorifies violence. This specific brand pursues the implementation of Sharia and its draconian punishments. It has never had any connections to Islam, and there is clearly no place in the modern world for such a worldview.

However, it is a worldview with contemporary precedent. Ever since Ruhollah Khomeini came to power in 1979, Tehran championed itself as a successful model, which fundamentalists could follow in order to gain stature, power, and sovereign legitimacy. This presents a tantalizing message to Sunni extremists like the Islamic State– why can they not create their own “Islamic” State when Shiite fundamentalists have already done so?

While the conceptual origins of this extremist ideology took shape in the early years of Islam, it only turned into a formidable global force when fundamentalism gripped Iran in the aftermath of the 1979 revolution.

The regime that replaced the Shah—who was also detestable and undemocratic—began exporting Islamic fundamentalism on an unprecedented scale almost overnight. High-profile hostage-takings, bombings, suicide attacks, and assassinations became the norm as the mullahs in Tehran began building their own version of a theocratic state.

In these early stages, Shiite terrorist factions, including militias in Iraq, Hezbollah in Lebanon, the Houthis in Yemen, and others were directly formed by the Iranian regime. Without such state sponsorship from Tehran, their clout and influence would have quickly evaporated and they would have vanished. The vicious ideology and proliferative model grew increasingly lethal as its proponents gained access to veritable troves of military, diplomatic, political, and propaganda resources within the sovereign state borders of Iran.

So began the first modern-day “caliphate”—years before al-Qaida’s first attack burned in Yemen, and a full three decades prior to the rise of the Islamic State.

Many assume that Sunni fundamentalism is a unique phenomenon, entirely separate from the dogmas espoused by the Shiite mullahs in Tehran, but the differences are ancillary. In fact, Sunni fundamentalists have found tremendous strength under the political and spiritual umbrella of the Iranian theocracy. Both share the same ideological building blocks: the establishment of a religious state, which implements Sharia by force.

There is considerable evidence that the regime in Tehran has armed and financed Sunni extremists at various times and locations. Not only is Iran a long-standing sponsor of Hamas, but also as U.S. Secretary of State John Kerry said recently, “ISIS was created by Assad releasing 1,500 prisoners from jail, and Maliki releasing 1,000 people in Iraq who were put together as a force of terror.” Tehran is the known puppet-master of both.

In recent years, the massacre of hundreds of thousands of Sunnis in Iraq and Syria at the hands of the Iranian regime and its proxies has provided a wellspring of sociopolitical sustenance for the Islamic State. Iran is propping this extremist hydra up on all sides, and finding new and creative ways to reinvigorate the beast as our security and intelligence missions stride in its wake. If Iran is one of the linchpins that legitimize the global Islamic extremist threat, what is to be done?

History tells us that nothing is more dangerous for fundamentalism and extremism than democratic and moderate ideals. This has been made clear in Iran, where the regime’s suppressive tactics find their chief targets are the moderate Muslim factions, including the Mujahedin-e Khalq (MEK).

To meet with true success, the current military campaigns and intelligence operations in the region must be complemented by the promotion of an interpretation of genuine Islam that is both democratic and tolerant. Only through a nuanced but unambiguously affirmative strategy that provides lasting moral and physical support to the people of Iran and the region in their quest for freedom and moderate leadership will we escape the echoes of history’s darkest narratives.

Maryam Rajavi is the president-elect of the National Council of Resistance of Iran, which seeks the establishment of a democratic, secular, and non-nuclear Iran.

Afghan TV station is closed down after Iran protests

BBC: The authorities in Afghanistan have closed down the...