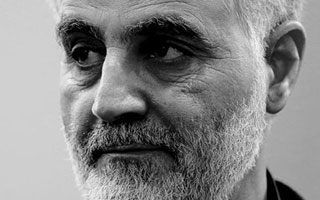 Fars said General Qassem Soleimani, who visited Moscow in July to aid in planning the Russian military intervention in Syria, was back there last week for talks with Putin and senior military and security officials.

Kremlin spokesman Dmitry Peskov issued a quick denial. “No, there wasn’t,” RIA news agency quoted him as saying when he was asked whether there had been such a meeting.

There was a similar confusion about Soleimani’s travels last July. An Iranian official and two United States security sources told Reuters he had visited Moscow but Russia denied this.

The IRGC-affiliated Fars news agency is the only source to have published the report on the supposed meeting, but it has been forced to quote “unofficial sources” in order to distemper its bogus report, Iran’s main opposition, the National Council of Resistance of Iran (NCRI), said late on Wednesday. A report on the group’s website rejected Tehran’s claim.

“This is the second time in recent weeks that the mullahs’ regime has resorted to such half-hearted showmanship in order to cover up news of Soleimani’s injuries and to raise spirits among the regime’s forces”, the NCRI said.

“In the run-up to December 7, or ‘Student Day’ in Iran, the regime’s official news agencies including IRNA and Tasnim (affiliated to the Quds Force) had claimed that Soleimani would appear in the Student Day ceremony in the so-called Beheshti University in Tehran. But half-way through the event, it was ludicrously announced that Soleimani’s appearance had been cancelled”, the NCRI said.

Backed by Russian air strikes, several thousand Iranian troops have arrived in Syria since late September to take part in a pro-government ground offensive, their biggest deployment in the country to date.

Soleimani, head of the IRGC Quds Force, has been subject to an international travel ban and asset freeze by the U.N. Security Council since 2007 for his alleged role in illicit arms trafficking and smuggling nuclear materials.

The National Council of Resistance of Iran revealed on 28 November that “based on information from within the IRGC, Qasem Soleimani had suffered severe shrapnel wounds in mid-November in the southern front of Aleppo. Suleimani’s vehicle, which was there for him to oversee an operation by the IRGC and a number of hired forces, was targeted by the Free Syrian Army, according to these reports. Based on the Iranian Resistance’s information, Soleimani was immediately transferred to Tehran, where he underwent two surgeries”.

Major powers likely to meet on Iran next week: US

Reuters: Foreign ministers from major powers are likely to...