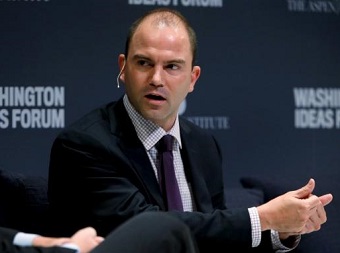 HONOLULU (Reuters) – The White House expects Iran to finish work needed to trigger implementation of an international nuclear deal in the coming weeks, but Washington needs more time to prepare sanctions over its ballistic missile program, a U.S. official said on Saturday.

The administration had additional diplomatic and technical work to complete before announcing any new sanctions related to the missile program, but the delay was not a result of pressure from Tehran, said deputy national security adviser Ben Rhodes.

“We have additional work that needs to be done before we would announce additional designations, but this is not something that we would negotiate with the Iranian government,” Rhodes told reporters in Hawaii, where President Barack Obama is on vacation.

President Hassan Rouhani ordered his defense minister on Thursday to expand Iran’s missile program, in defiance of the U.S. threat to impose sanctions over a ballistic missile test Iran carried out in October.

Meanwhile, implementation of the nuclear deal between Iran and world powers was on track after Iran shipped its stockpile of low enriched uranium out of the country, though it still had many other important things to complete, Rhodes said.

Arab Coalition to Take Yemen Back From Iran’s Houthis