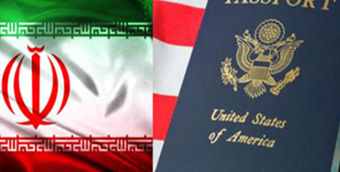 Tehran demands waivers from a new law on visa entries to the U.S.

President Obama has staked much of his foreign-policy legacy on the Iran nuclear deal, but does that deal effectively give the Iranians veto power over legislation by the U.S. Congress? That’s the question at the center of Tehran’s “outrage” at a security law passed by Congress after the Paris and San Bernardino attacks.

The December omnibus budget law includes a measure revising the Visa Waiver Program. Expedited entry into the U.S. is no longer available to foreign travelers who have visited Iraq, Syria or countries that “repeatedly provided support for acts of international terrorism” on or after March 1, 2011. Thus the law covers those who have visited Iran, a U.S.-designated state sponsor of terrorism.

Foreign travelers affected by the new law will no longer have visas automatically waived. Instead, they must submit a visa application, pay a fee and submit to an in-person interview at the local U.S. Embassy or consulate, like every other businessman or tourist. The law passed the House 407-19.

Proponents of the nuclear deal fear the visa rules would deter the flow of foreign investors into Iran. So naturally the Iranians went, well, ballistic. In a Dec. 18 interview with the New Yorker, Foreign Minister Javad Zarif said, “This visa-waver thing is absurd: Has anybody in the West been targeted by any Iranian national?”

Well, yes, unless you exclude the hundreds of U.S. soldiers and Marines killed in Iraq by the roadside bombs supplied by Iran, or Iran’s support for Hamas and Hezbollah terrorists, or an Iran-backed attempt in 2011 to assassinate Saudi Arabia’s ambassador to the U.S. in Washington, D.C.

Secretary of State John Kerry replied the next day, writing to Mr. Zarif that the Administration “has the authority to waive” the visa changes passed by Congress, and that the measure won’t “prevent” the U.S. from fulfilling its nuclear-deal commitments and won’t “interfere with legitimate business interests of Iran.”

But Iran is still threatening to file a complaint to the Joint Commission, a body set up by the U.N. Security Council to arbitrate disputes over the nuclear deal. The mullahs would count on the good offices of Commission representatives from Iran’s commercial partners in Europe, Russia and China.

Congress is up in arms, and for good reason. In a Dec. 22 letter to Secretary Kerry and Department of Homeland Security Secretary Jeh Johnson, House Majority Leader Kevin McCarthy and four GOP committee chairmen note that Congress “expressly refused” carve-outs for Iranian businessman during the debate over the new visa rules. “The simplest way to eliminate this restriction,” they wrote, “is for Iran to end its support of terrorism.”

Iran’s role in destabilizing the Middle East has worsened since signing the nuclear deal. Now it’s invoking an implied veto over a domestic-security law passed by Congress. President Obama signed that law, and John Kerry signed the nuclear deal last July. Time for choosing whether Iran or Congress poses the greater danger to the U.S.

UK suspect in Iran missile plot handed over to US

AP: A retired British businessman accused of plotting to...