UAE recalls its Ambassador from Iran 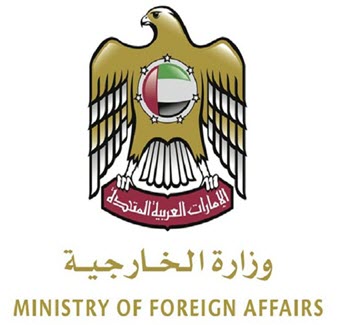 The UAE has decided to downgrade the level of its diplomatic representation in Iran to that of a charge d’ affaires and to require a reduction in the number of Iranian diplomats stationed in the UAE.

A Ministry of Foreign Affairs statement said that Saif Al Zaabi, the UAE Ambassador in Tehran, has been summoned home, in accordance with this decision.

“This exceptional step has been taken in the light of Iran’s continuous interference in the internal affairs of Gulf and Arab states, which has reached unprecedented levels,” the statement said.

The ministry statement emphasised that positive and natural relations between states should be based on mutual respect for the sovereignty of states and the adoption of a policy of non-interference in the internal affairs of others.

Bahrain has severed its diplomatic relations with Iran and shut down its diplomatic mission in Tehran. Iranians diplomats in Bahrain have been given 48 hours to leave the kingdom.

“In regard to the continued worsening of the blatant and dangerous interference of the Islamic Republic of Iran, not only in the affairs of the Kingdom of Bahrain, but also in the affairs of the GCC as well as the Arab countries, without the slightest regard for values, law or morality, or regard to the principles of good neighbourliness – or commitment to the principles of the United Nations and the Organisation of Islamic Cooperation, which confirms a determination to spread devastation and destruction, and provoke unrest and strife in the region by providing protection and support for terrorists and extremists and the smuggling of weapons and explosives for use by its affiliated terrorist cells in the resulting in the loss of lives and the killing of innocent people;

And after the criminal cowardly attacks on the Embassy of the Kingdom of Saudi Arabia in Tehran and its consulate in the city of Mashhad, which constitute a flagrant violation of both international conventions and treaties, and embody the very dangerous sectarian policies that cannot be ignored or accepted, and in fact require an immediate response with full force and a confrontation with great resolve in order to prevent a wide chaos and to preserve the security and stability of the entire region and not expose its people to any risk;

The Kingdom of Bahrain has decided to cut diplomatic relations with the Islamic Republic of Iran and has called upon all members of its mission to leave the Kingdom within 48 hours.

“The Kingdom has also decided to close its diplomatic mission to the Islamic Republic of Iran and the withdraw all members of the mission,” the Ministry of Foreign Affairs said in a statement, acrried by Bahrain News Agency, BNA.

The Kingdom will take the relevant actions for the implementation of the decision to cut ties with the Islamic Republic of Iran, the statement said.

“Based on the Cabinet’s decision, the Ministry of Foreign Affairs summoned Mortadha Sanubari, Acting Charge d’Affaires of the Embassy of the Islamic Republic of Iran, and handed over an official memorandum in this regard,” the ministry said.

Saudi Arabia broke off diplomatic ties with Iran on Sunday after protesters ransacked its embassy in Tehran to protest the execution of a Shia cleric whose killing has sparked fury.

Saudi Foreign Minister Adel Al Jubeir made the announcement at a news conference in Riyadh, and said Iranian diplomats had 48 hours to leave the kingdom.

According to the Saudi Press Agency, SPA, during the conversation, Lieutenant General Al-Hussein said that the Republic of Sudan decided to expel the Iranian ambassador from Sudan and the entire mission, and summon the Sudanese ambassador from Iran, stressing Sudan’s condemnation of the Iranian interference in the region through a sectarian approach, and the negligence of the Iranian authorities to prevent attacks on the Saudi embassy and consulate in Iran.

He expressed the Republic of Sudan’s standing and solidarity with the Kingdom of Saudi Arabia in confronting terrorism and the implementation of deterrent measures against it.

The US National Security Agency intercepted communications between Iranian...