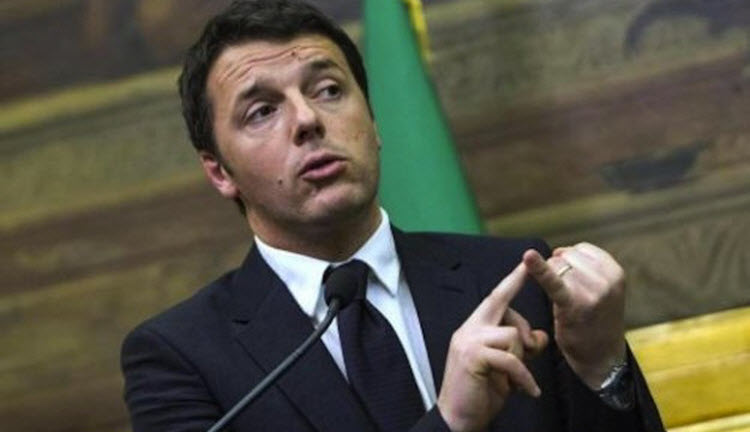 London, 11 Apr – The opposition National Council of Resistance of Iran has called on the Italian Prime Minister, Matteo Renzi, to cancel his planned visit to Iran next Tuesday. The NCRI voiced concerns that human rights violations inside Iran were being ignored by Western and European leaders.

“The Iranian Resistance calls on Italian political parties, the Parliament, and human rights advocates to undertake urgent measures to encourage Prime Minister Renzi to condemn violations of human rights and export of terrorism by the Iranian regime and cancel his visit to Iran”, the NCRI said in a statement.

Late in March Iran’s President Hassan Rouhani cancelled a visit to Austria after Vienna refused to ban a protest by the opposition People’s Mojahedin (Mojahedin Khalq, PMOI, MEK) voicing the same issues. Amnesty International and several European MEPs have joined the NCRI in condemning the Rouhani government for conducting 2,300 executions since 2013.

Renzi plans to continue rebuilding relations- mostly economic- as years of sanctions come to an end. In January President Rouhani visited Italy and signed deals worth billions of dollars. Iran is considered an energy superpower as it holds 10% of the world’s oil reserves and 15% of its gas reserves. Despite having the second most reserves of gas, Iran is 25th in the gas export index. Behind Brunei.

New deals with Russia’s Gazprom could be in the offing to go with Italian, French and Austrian support through the EU. Renzi plans to visit Iran on 12 and 13 April. Full details of his itinerary are not yet known, but €17 billion of infrastructure contracts were supposedly signed in Rome earlier this year.

Israel ‘will attack Iran’ before new US president sworn in, John Bolton predicts