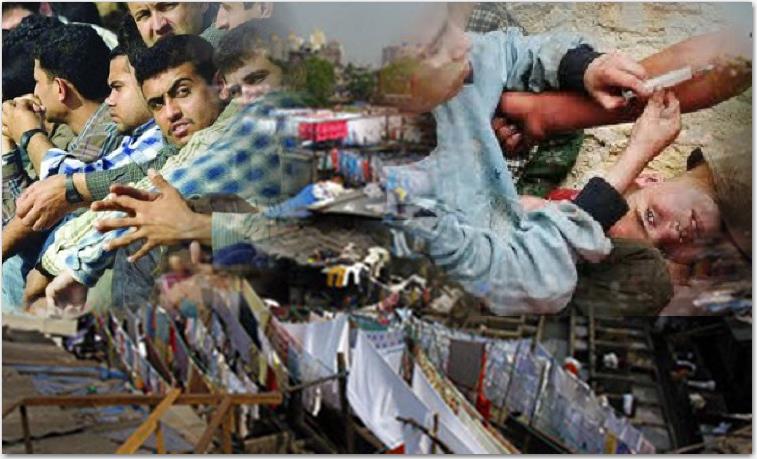 Tehran, 16 Apr – Iran’s state-run media have published a rare acknowledgement of the severity of the poverty crisis that is rampant throughout Iran.

Deputy Interior Minister Morteza Mir-Bagheri was on 12 April quoted by the state-run Iranian Students News Agency (ISNA) as saying that the rate of unemployment has reached 70 percent in at least 1,200 Iranian towns.

Mir-Bagheri added that unemployment currently stands at between 40 and 60 percent in approximately 420 entire counties. This contributes to a situation in which 15 million of Iran’s 78 million people are reportedly deprived of even the most basic social services. Mir-Bagheri indicated that 10 million people are currently living in what could be described as slums, and that the problem is compounded by an exploding population in these areas.

While the deputy interior minister did not specify the reason for those rising populations – a growth of 100 percent in overpopulated suburbs – it is perhaps worth noting that in recent years Supreme Leader Ali Khamenei has been pushing for a reversal of Iran’s low birthrate. Consequently, the Iranian government has reduced access to contraception and has engaged in a propaganda campaign to encourage women to remain at home and start families at an early age.

At the same time, the supreme leader has been critical of the sort of foreign investment made possible by the 14 July 2015 nuclear agreement between Iran and six major world powers, which led to the suspension of many economic sanctions and the release of as much as 100 billion dollars in frozen assets.

It is unclear how these assets have been spent in the months since full implementation of the nuclear deal. Some were reportedly earmarked for outstanding debts, while others have gone into projects aimed at modernizing Iran’s oil industry, commercial air fleet, and so on. But the latest statistics about poverty and unemployment easily lead to the conclusion that the benefits from such projects are not reaching most of the country’s population.

Khamenei has blamed the West in general and the US in particular for the notably slow pace at which sanctions relief has impacted the economy. But the supreme leader himself has supported provocative Iranian foreign policy activities, including illicit ballistic missile tests, which apparently cause foreign businesses to regard Iran as a more risky investment than they otherwise might.

Such provocations could suggest that Khamenei and his affiliates actually prefer to keep foreign investment relatively at bay. And this interpretation was greatly supported by Khamenei’s public message in March, celebrating the beginning of the Iranian year and declaring it the “year of the resistance economy”.

Prior to sanctions relief, Iranian officials conceived of the “resistance economy” as a set of policies to promote domestic development and diversification, and to stave off some of the effects of sanctions on the oil and gas industry. Some analysts believe Khamenei’s New Year’s speech implies that the regime, in which he is the ultimate authority, has no plans to change its economic strategy at this time.

Current levels of poverty and unemployment call into question the value of such a strategy, at least where most of the Iranian population is concerned. But on the other hand, the “resistance economy” reportedly led to positive economic returns for wealthy entrepreneurs, government affiliates, and the entities that controlled Iran’s black market economy. More specifically, some analysts have concluded that Iranian economic policy during the period of economic sanctions led to the hardline Islamic Revolutionary Guards Corps (IRGC) gaining control over the vast majority of the country’s gross domestic product.

This and other hardline entities are likely uninterested in letting go of the status quo, and corruption by such entities may be another contributing factor to persistent unemployment and poverty, as well as a growing wealth gap between the rich and the poor. Iran’s semi-official Fars News Agency recently reported that millions of dollars that were loaned to government entities for the purchase of medicine and other essential goods had disappeared after being misappropriated for the purchase of real estate or loans to other companies.