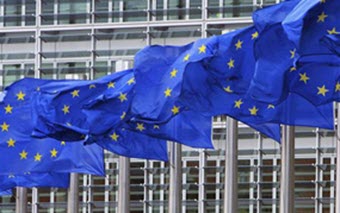 London, 13 Apr – The European Union has decided to renew sanctions against Iranian officials and entities in light of human rights abuses. The sanctions will now continue to 13 April 2017.

According to papers published on Eur-Lex 73 individuals have been sanctioned as of 11 April. Implementing Regulation 2016/556 and Decision (CFSP) 2016/565 are not related to the nuclear sanctions which are in the process of being lifted.

Two individuals, Hossein Hamedani and Malek Ajdar Sharifi were removed from the list. Sharifi due to a duplication error. Hamedani was killed fighting in Syria’s civil war last October.

Reasons for the sanctions include the large number of executions that have been carried out by the Iranian government. Since 2013 and the election of the President Hassan Rouhani over 2,300 people have been executed. Amnesty International has condemned the executions as disproportionate and a violation of human rights law. Death sentences are handed down for crimes that are not deemed serious enough by the international community.

Other human rights violations include cruel and unusual punishments such as blinding, amputation and flogging. Freedom of expression and assembly are also significantly curtailed, journalists and artists are criminalised for their work. Women’s rights are extremely restricted.

European heads of state have been engaging with President Rouhani since the start of the year. Protests from opposition groups led to the Iranian President cancelling his trip to Vienna, Austria, but he was able to meet with French and Italian leaders in January. Matteo Renzi, the Italian Prime Minister, is in Tehran to reestablish economic ties.

Analysis: Iranian plan will put nation a step closer to having material for bomb

U.S. says Iran has ability to expedite a nuclear bomb