Iran’s threats to close Strait of Hormuz described as “posturing” 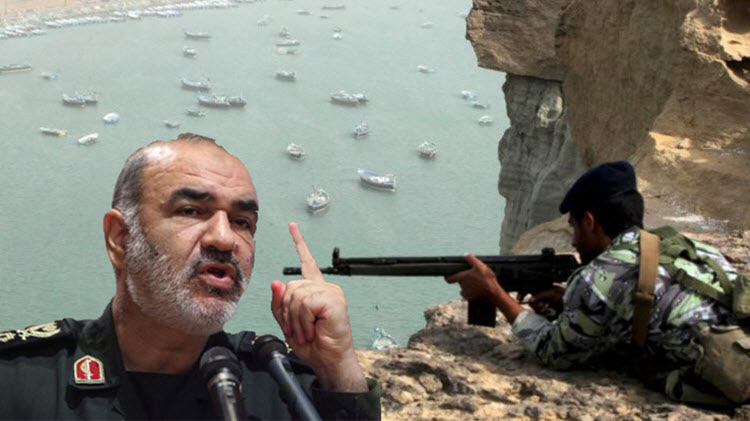 London, 5 May – Tensions between Iran and the United States are still high despite increased economic and diplomatic relations. General Hossein Salami, a deputy commander in the Islamic Revolutionary Guards Corps (IRGC), threatened to close the Strait of Hormuz to the US and its allies.

The Strait of Hormuz carries a third of all oil that is traded by sea- and about 20% of the world’s total petroleum. Being the only open sea passage from the Persian Gulf to the open ocean makes it of great strategic importance. At its narrowest point the strait is 54km wide. The strait uses a Traffic Separation Scheme confining inbound and outbound ships to different 2-mile wide lanes. Oman and Iran both have territorial waters in the strait according to the United Nations Convention of the Law of the Sea.

Shahin Gobadi of the opposition National Council of Resistance of Iran (NCRI) dismissed Salami’s threats as “posturing by a weakened regime”. Iran’s government is facing a plethora of crises at home and in the region. Gobadi went on to say closing the Strait of Hormuz was a “hollow attempt” to wield power in order to boost slipping morale. The actualities of Tehran closing the Strait would be “tantamount to shooting itself in the foot”.

This is not the first time Iran has made power plays in the Strait. Disputes and stand-offs occur with a sporadic regularity. In 2008 US warships and Iranian speedboats almost fired upon each other. The same threat to cut off oil supply was made in 2011 by the Vice President Mohammad-Reza Rahimi with regard to sanctions on Iranian oil exports.

More recently 10 American sailors were captured by Iranian ships. The incident occurred in January 2016 when a mechanical fault led the American vessel to accidentally enter Iranian waters, according to the US administration. The sailors were made to appear on state television before being released the next day. IRGC Commander Admiral Ali Fadavi said “extensive information” was extracted from seized laptops and mobile phones.

By Jubin Katiraie Every year, Iran’s main opposition group, the...