Iran set to blind man next week as punishment 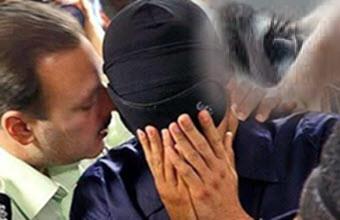 London, 5 May – Iran is set to fully blind a man with acid next week under brutal retributive eye-for-an-eye laws. Mojtaba Saheli, 31, who was charged with blinding a man in 2009, was blinded in his left eye last year. The punishment falls under the qisas category of crimes, which permits the victim or their family the right to equal retaliation.

“The inhumane law of retribution (qisas) has been implemented against the Iranian people for the past 37 years. These punishments date back to the medieval ages and show the clerical regime’s reactionary nature”, said Dr. Sanabargh Zahedi, chairman of the Judicial Committee of the National Council of Resistance of Iran (NCRI).

Saheli who is imprisoned in Karaj, northwest of Tehran, at Gohardasht Prison was informed by prison officials that he will be blinded in the coming week as part of his punishment for allegedly blinding a man in Qom on 3 August 2009. A court in Qom sentenced Saheli to be blinded in both eyes, pay blood money compensation and serve 10 years in prison.

Last year on 3 March Saheli was blinded in his left eye in the presence of Tehran’s deputy prosecutor Mohammad Shahriari. Saheli’s appeal was turned down by the Iranian Supreme Court. To avoid a second blinding Saheli has been told to pay compensation.

Zahedi called the Iranian government “centuries away” from the first principle of modern democratic Islam – dynamism. International groups such as Amnesty International issued condemnations of the 2015 blinding and were called on, along with others, by the National Council of Resistance of Iran to reiterate there opposition.

“Such punishments undoubtedly constitute a savage form of torture and should be condemned by any freedom-seeking person”, Zahedi said.

Saheli’s other option to halt the punishment is to gain approval from the victim. Other acid attackers have received the sentence but doctors refused to co-operate in many cases or clemency was granted by victims or families. In 2011 Ameneh Bahrami was attacked by a man who’s marriage proposals she turned down. Bahrami was blinded and disfigured, she initially sought qisas retribution but pardoned the man hours before surgeons were due to carry out the act.